I finally received the spares that I need to get this little machine up and running HOPEFULLY! 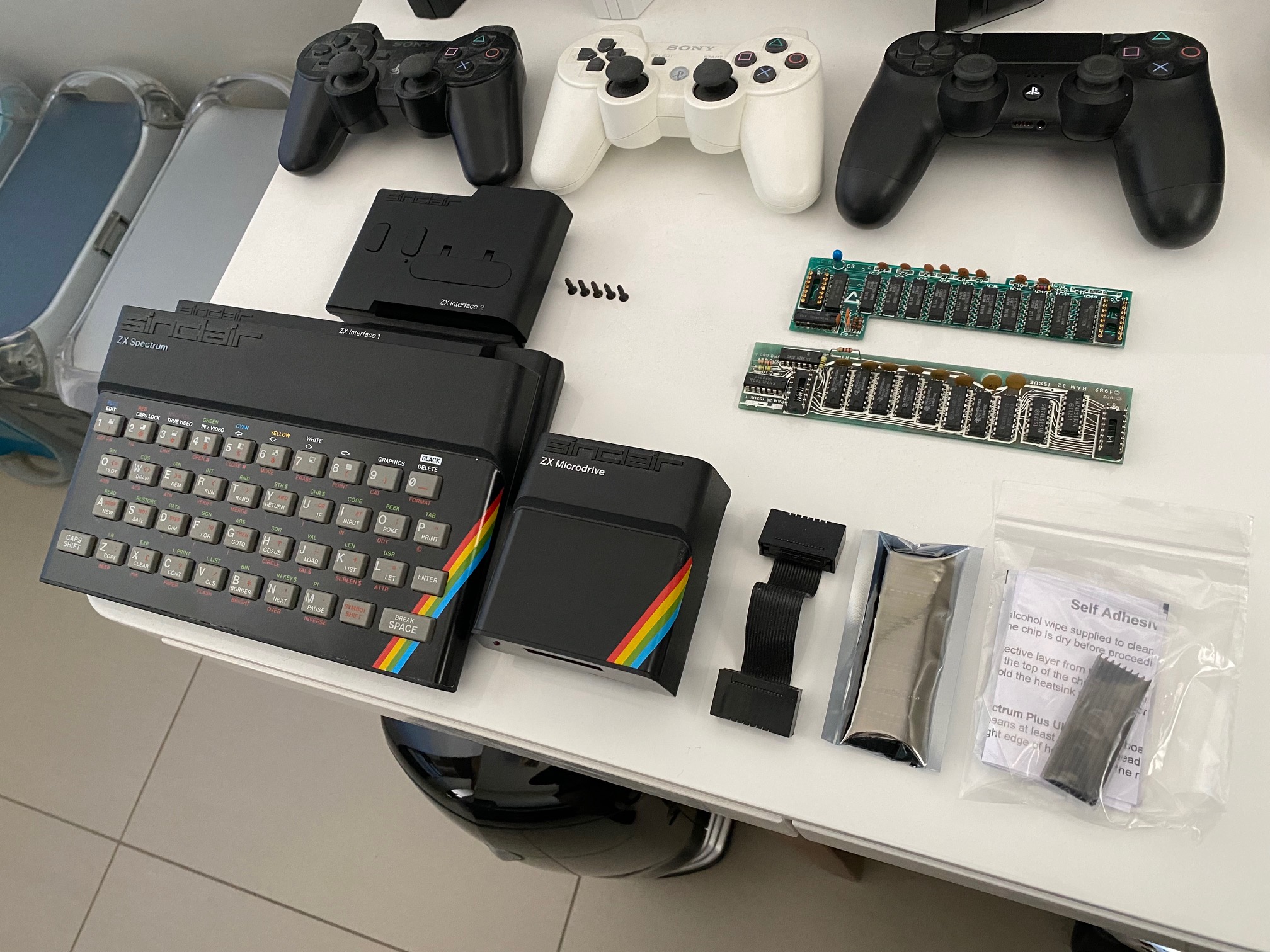 But I'm in Pentium Pro mode at the moment, so this will have to wait for a bit!
Reactions: Elf

Today I installed the new lower memory into the system. (Allot of desoldering and soldering work!!!)

Only to find that the problem persists, SO IT CAN'T BE THE MEMORY CHIPS THEMSELVES!!! 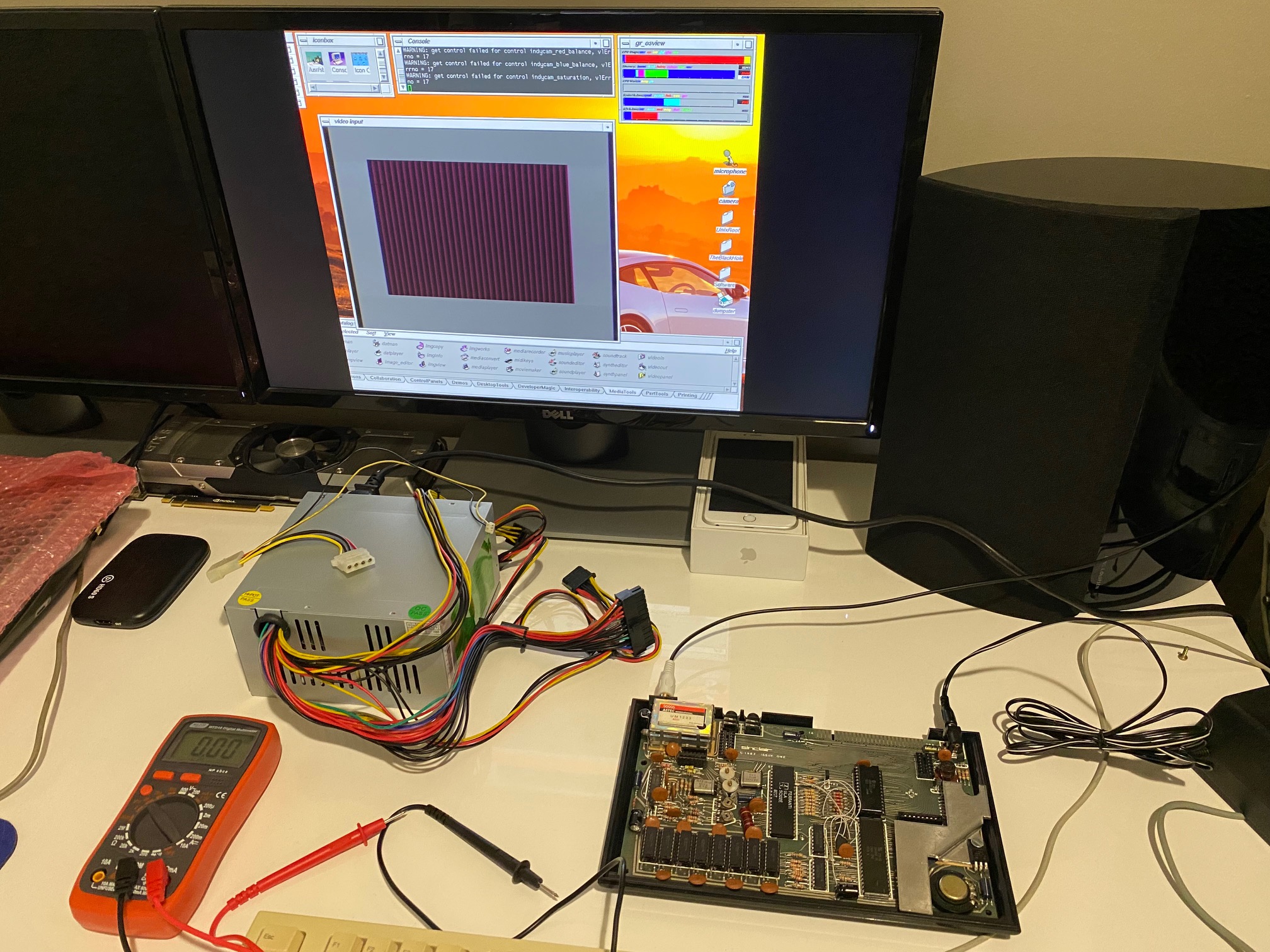 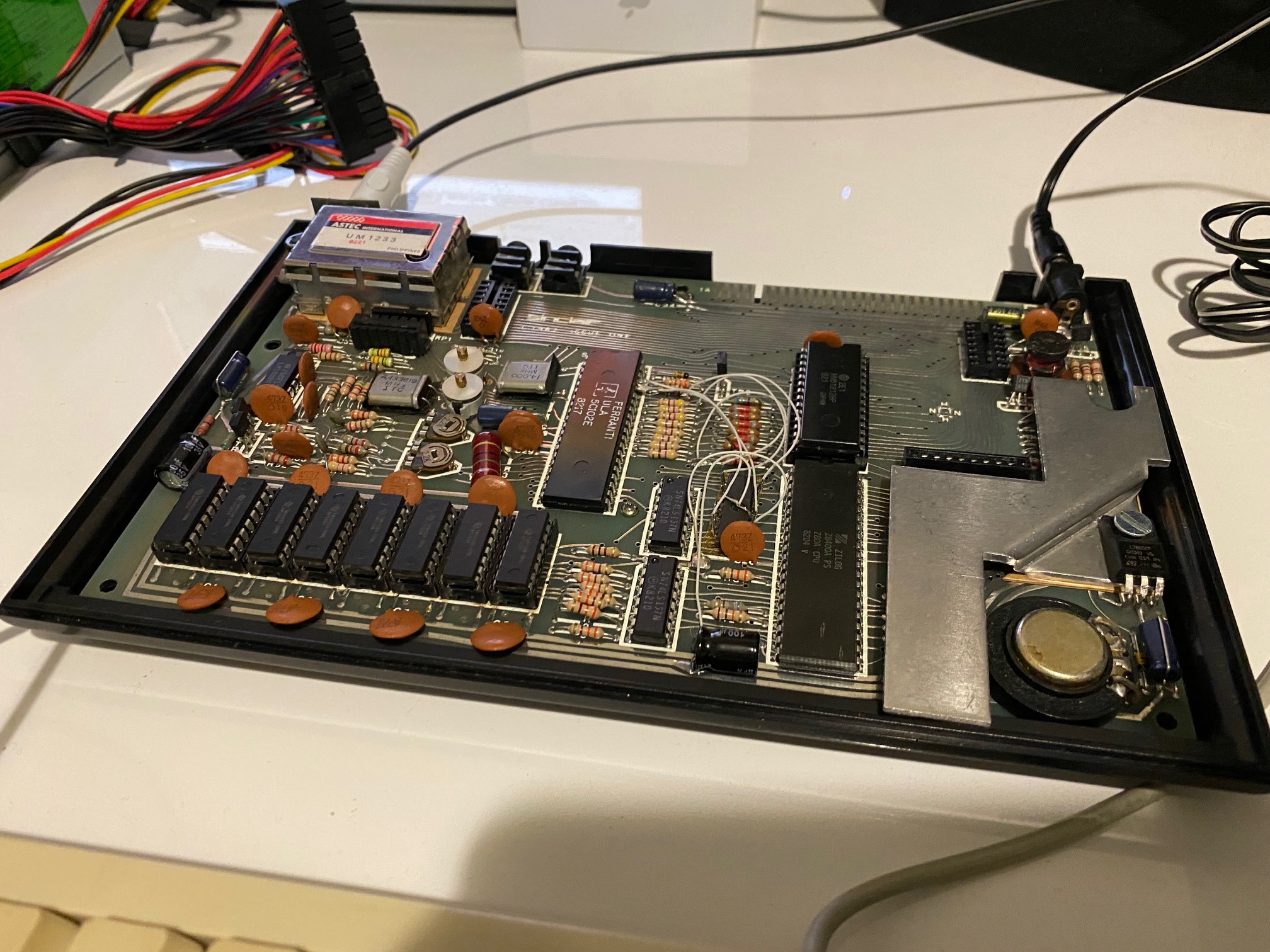 The only other thing that I can think of at this point is that it may be the oscillator on the board which produces the 12V power supply for the RAM chips, which may be introducing too much ripple (It is making a rather loud low frequency bussing sound!)

This is what the system gives me when the lower RAM is removed, and it looks the way it's supposed to look!!!

Perhaps try a lab power supply to pop in the 12V and disconnect the onboard supply? A pattern like that might also come from a stuck bit somewhere on the board or whatever is clocking out the data.

Elf said:
Perhaps try a lab power supply to pop in the 12V and disconnect the onboard supply? A pattern like that might also come from a stuck bit somewhere on the board or whatever is clocking out the data.
Click to expand...

After a conversation with the owner of the RETROLEUM Store, there are now a wide range of possibilities as to what the problem could be! So I may have to replace most if not all of the silicon on the board to track down the problem.

Hence I just bought these components for the system.

So I've ordered a new Z80 CPU and Socket, two new multiplexers and a new ROM chip, that's flashed with the standard ROM as well as a diagnostic ROM, which can be switched out with a mechanical switch on the module.

I really hope that I don't have to end up replacing the LRU, as it with it's modification gives the Issue One allot of character!
Reactions: Elf

Great looking machines here! For my part I have a ZX Spectrum +3 in my collection, I find that its a little more comfortable to work with. I'm also avidly awaiting the arrival of the ZX Next .. but have a pretty well-tricked out ZX Uno (FPGA)-based system to play with meantime.

I still feel like I should wire up my Enterprise128, CPC6128 and Spectrum +3 in some sort of incestuous cross-platform development environment one of these days. Seems like a hell of a lot of fun, to be writing Z80 code on Enterprise and transfer over to the other systems for running ..
Reactions: Elf

I received my package from the UK today, containing a dual ROM, new CPU and two new multiplexers! 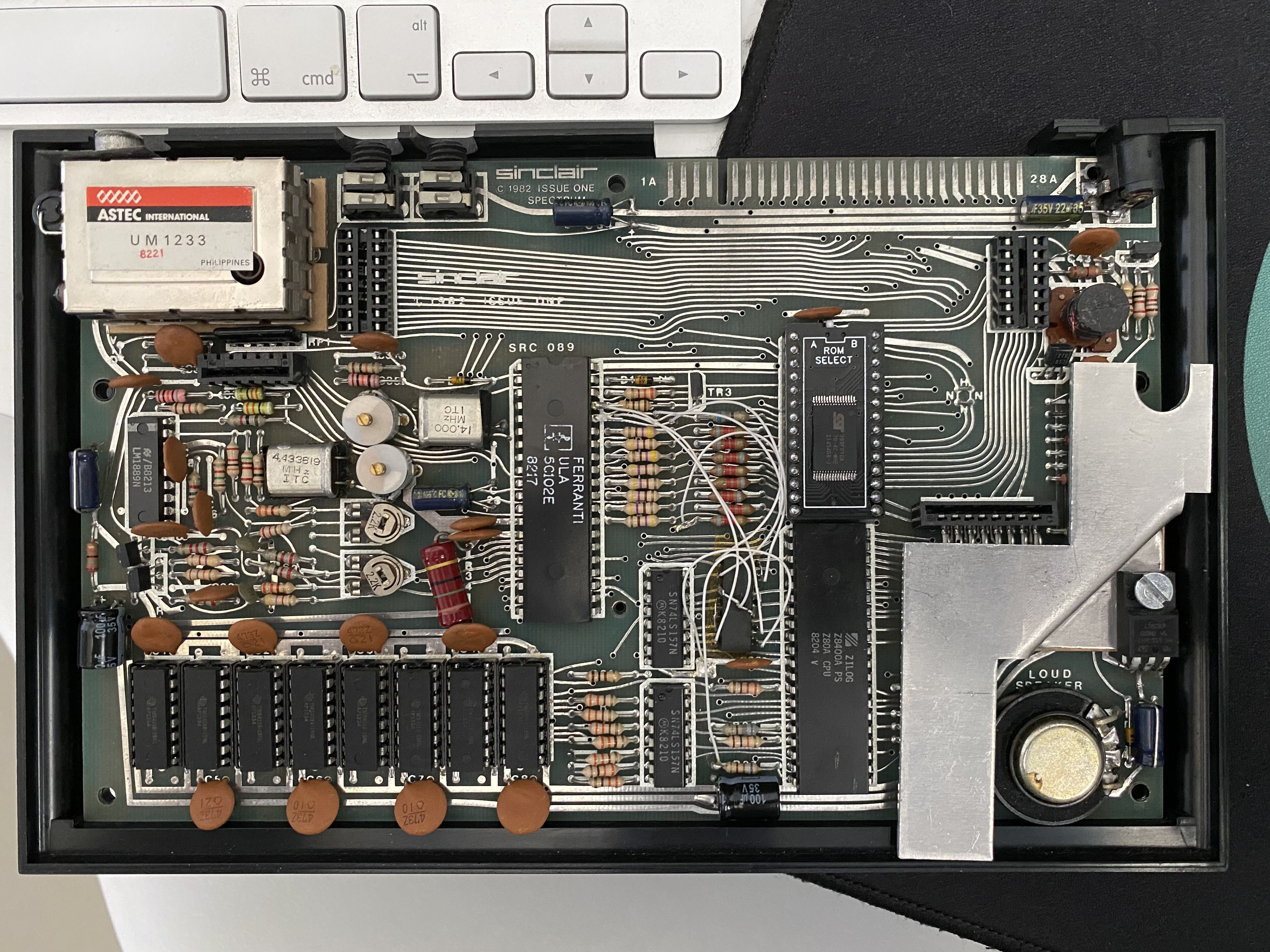 First up, I slotted the new ROM chip and connected the machine up to my Indy, which gave me the following:

This indicates that all the lower RAM is bad! (And I've just replaced all the chips with brand new ones, so this is highly unlikely to be the true cause. It must be somewhere in the RAM interface or the CPU itself!)

I sent RETROLIUM a message, asking advice as to which component more than likely has failed and will need to be replaced and I'll take it from there. (I really think that it's unlikely that both multiplexers have failed, so in my mind it's more than likely a faulty CPU!)

At least the ULA seems to be ok, as I'm getting an image! (It, along with the "dead cockroach", really give this board character!)
Last edited: Nov 5, 2022 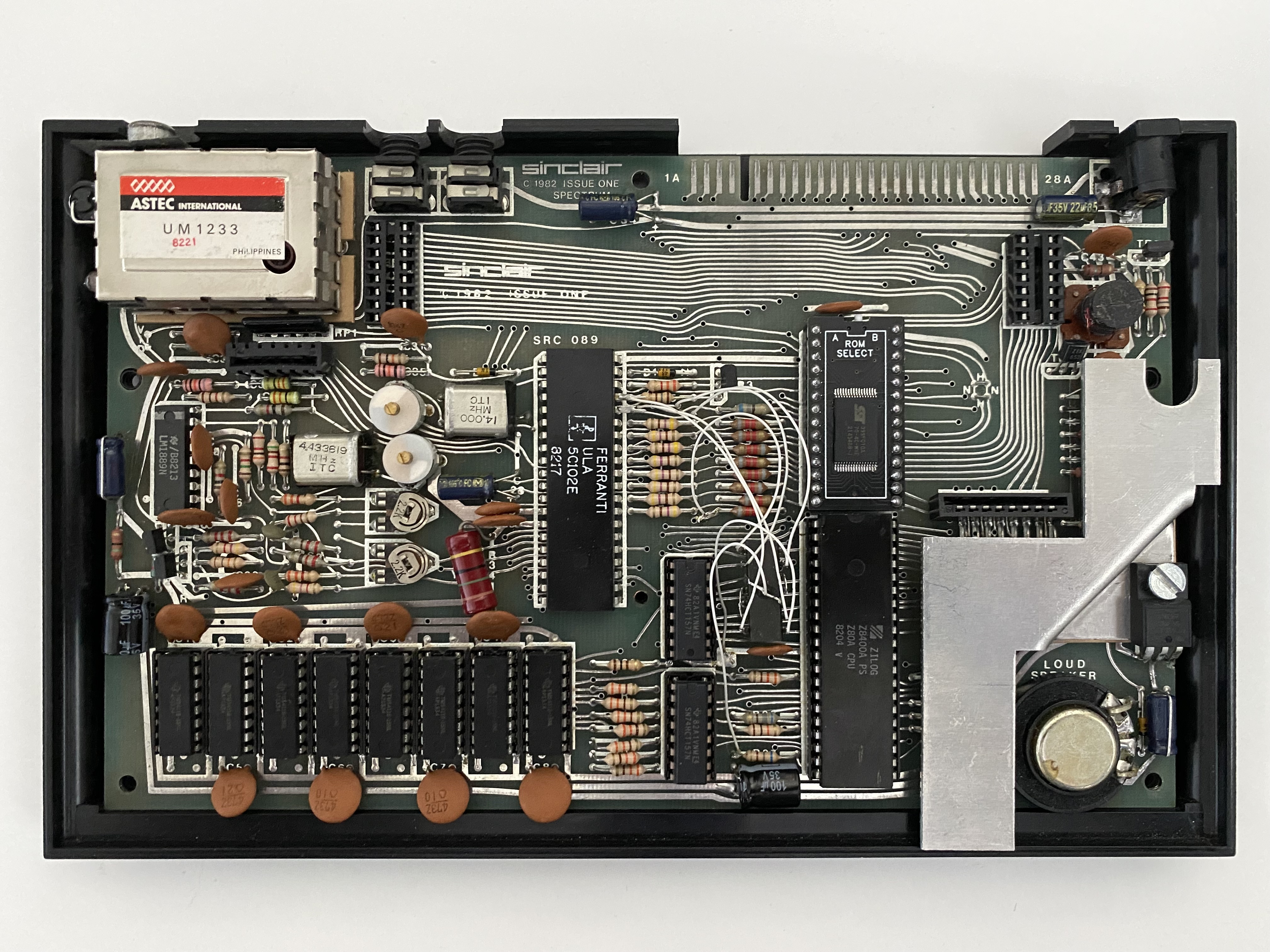 I ended putting the original CPU in the socket, as the new CPU was giving me graphical artefacts.

Looking at the traces on the back of the board, the traces for the RAM bus all connect to the ULA!!!! (So this must be the defaulting component, as it must contain the memory controller!!!) 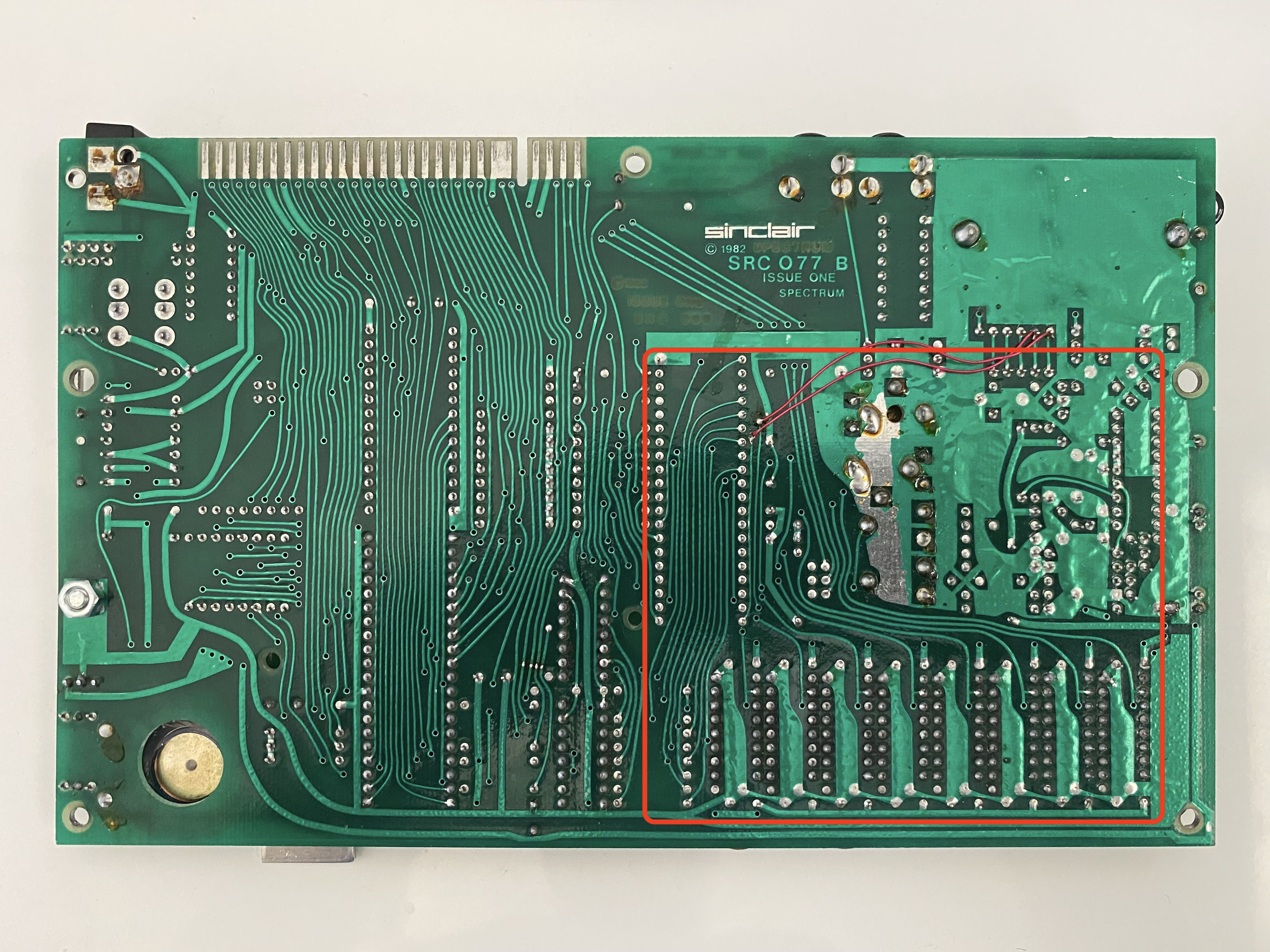 I'm still waiting for feedback from RETROLEUM, but it looks like I'll be needing one of these: 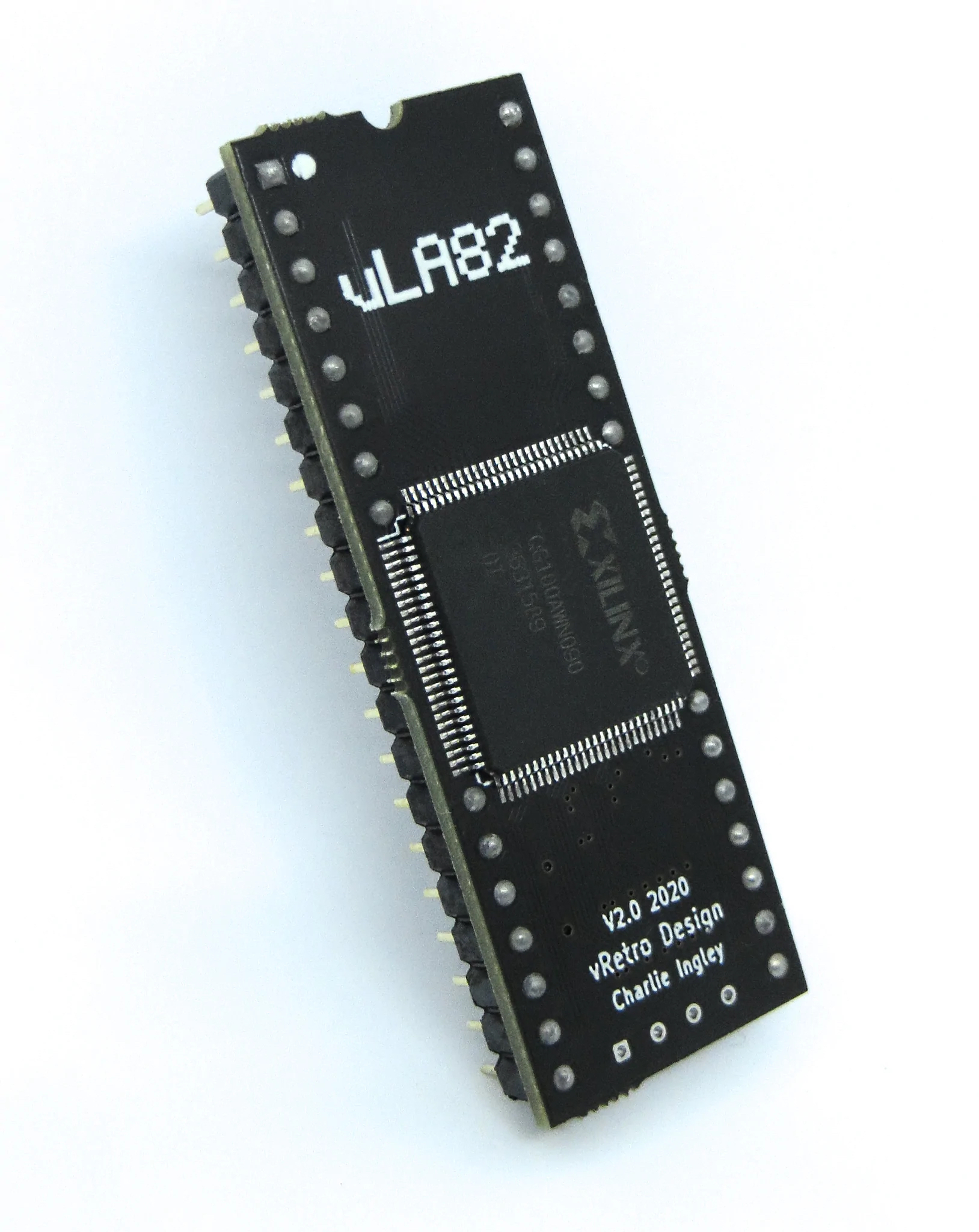 Interesting, looks like an FPGA based reproduction of the original chip?

It is indeed! The original chips used to run very hot and tended to fry themselves over time!

I was really hoping that this wasn't a ULA failure!

This chip will run allot cooler though!
Reactions: Elf

I did some more testing of this system today and found that the upper RAM is at least functional, this could possibly point to a power supply issue to the lower RAM!!! 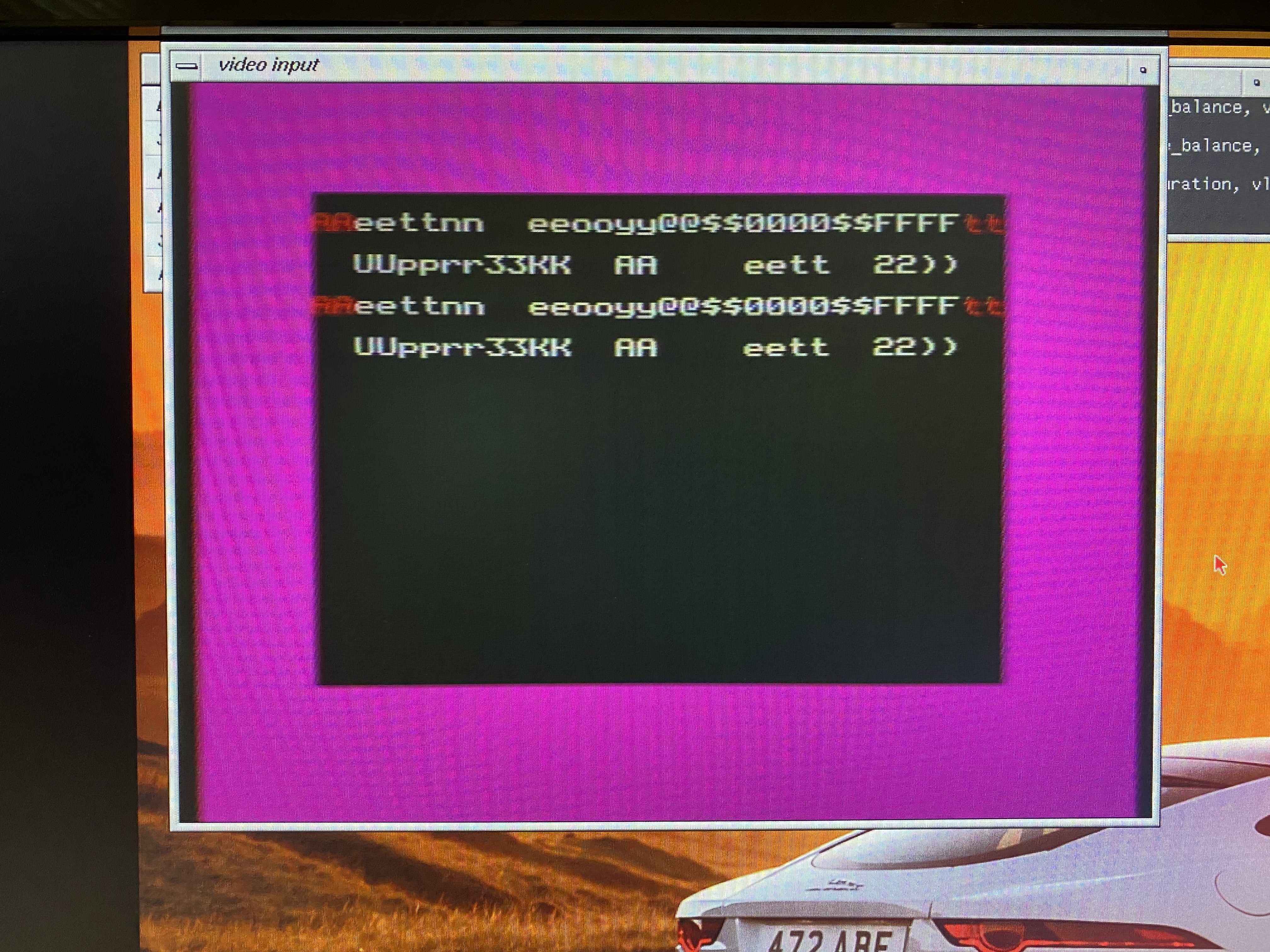 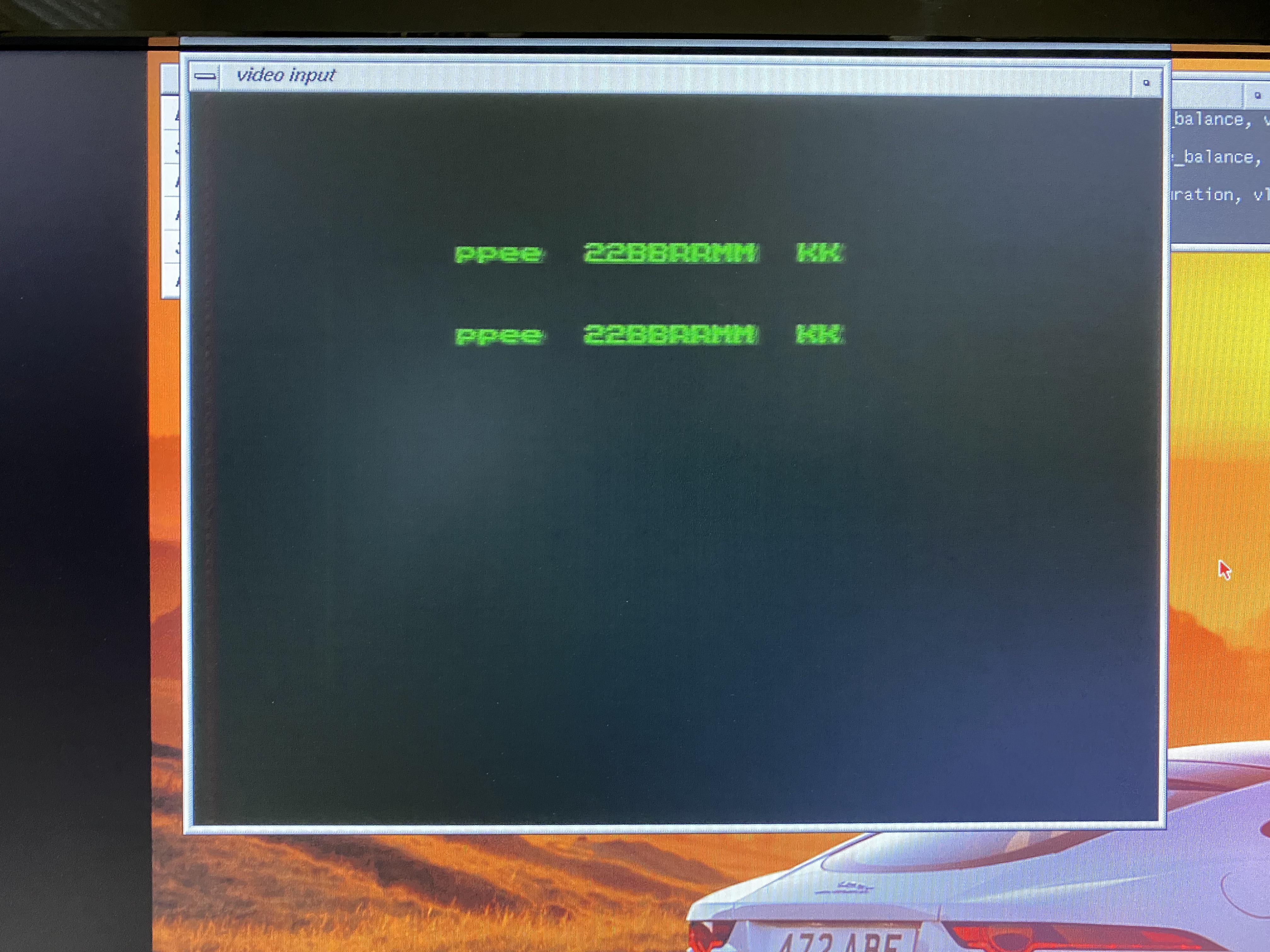 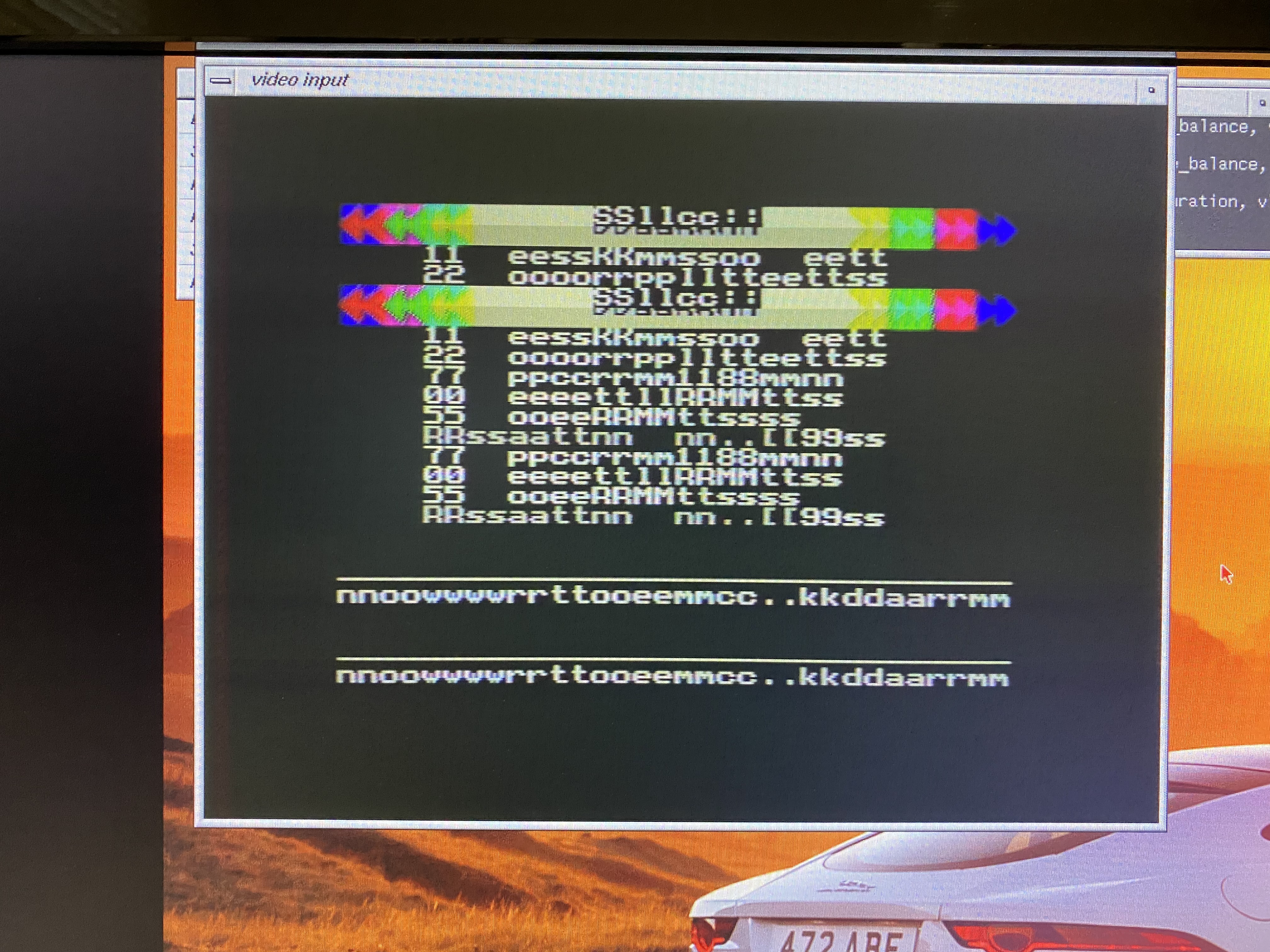 So at least the upper RAM module is fine! 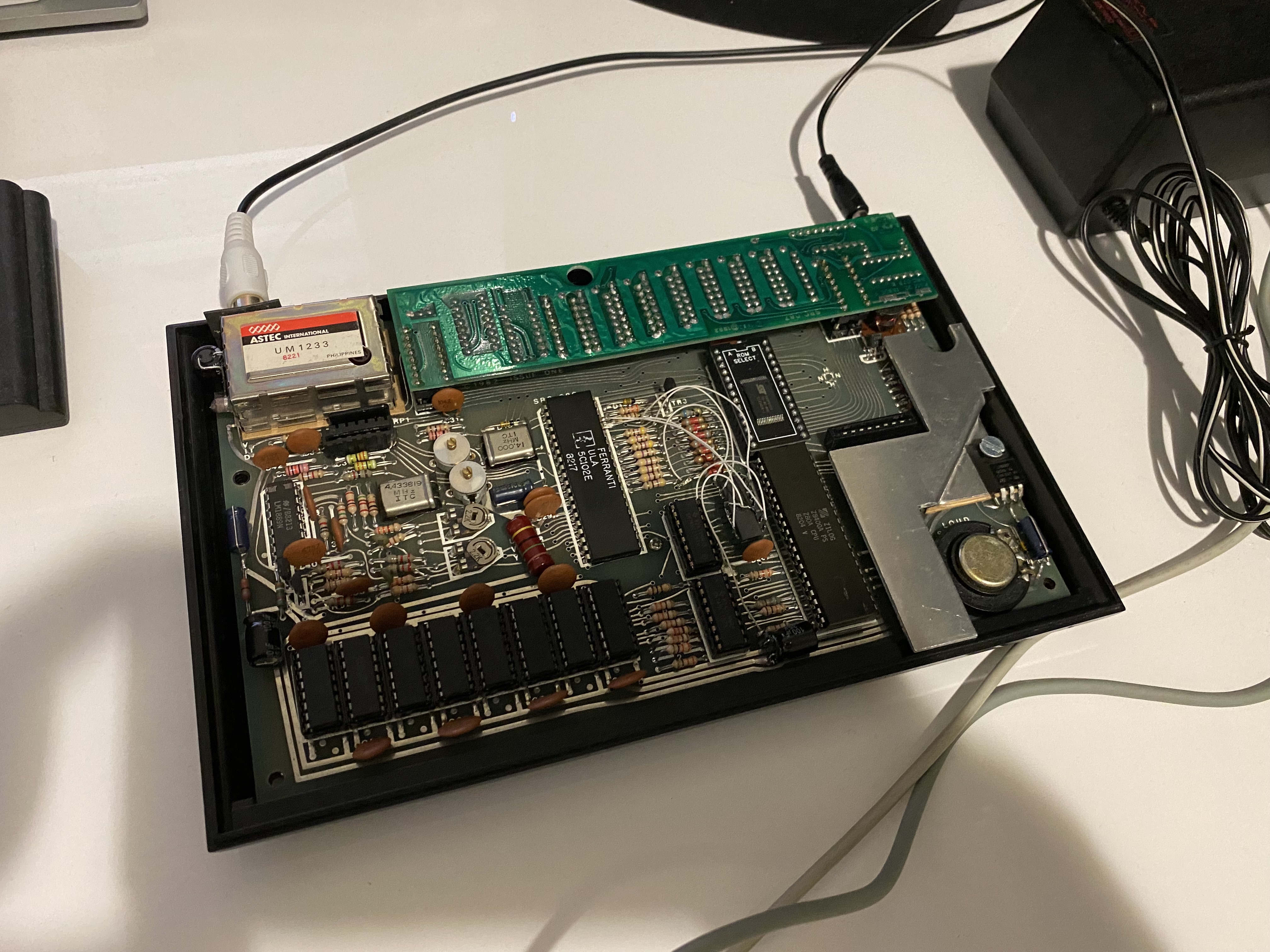 I've thought all along that the voltages supplied by the VRM on the board are all within limits, but I may be wrong! The Transistors seem to be fine (No internal shorts), but there may be an issue with some of the diode in the circuit!!!

The graphical output shows double in the vertical and double of every second letter in the horizontal! Non of the systems video RAM is operational at this point, but it is a strange output none the less!
Last edited: Nov 8, 2022
Reactions: Elf

Are the pictures that I’ve sent you consistent with a ULA failure?


So unfortunately it appears to indeed be a ULA failure!!!!
Reactions: Elf

Hey, I have just finished restore one of these, and the ZX81. Never ran into any real problems a hot iron and a good clean up with some IPA, cotton buds and some plastic restorer didn't fix. However, both machines suffered keyboard membrane problems. They become brittle with time and the silver loaded tracks oxidised and turn black giving connection problems. You can up pickup reproduction membranes, keypad and covers. To perseve the orginal I used a coloured plate and keys for fun... 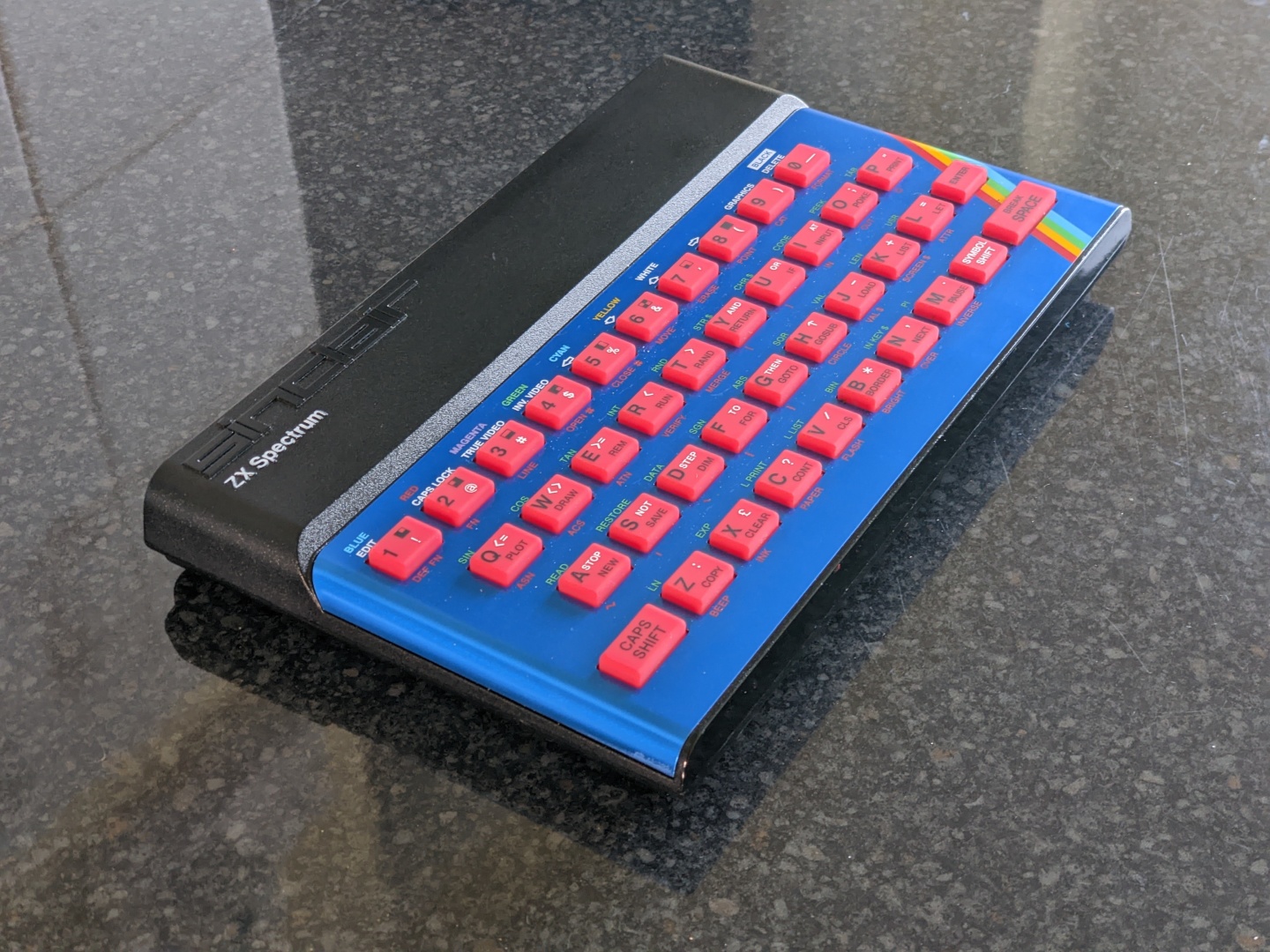 The blue is dark blue but for some strange the camera see's it much lighter. I would recomend the DIVMMC, one of the fastest ways for casual loading and enjoying old content. I added some stickon heatsinks to ULA as they have a habit of overheating. A composite video mod in the UHF can and keep the orginal for restoring it back to orginal with the keypad and plate.

I got a reproduction ZX81 keypad which claims to be of a better material than the orginal. 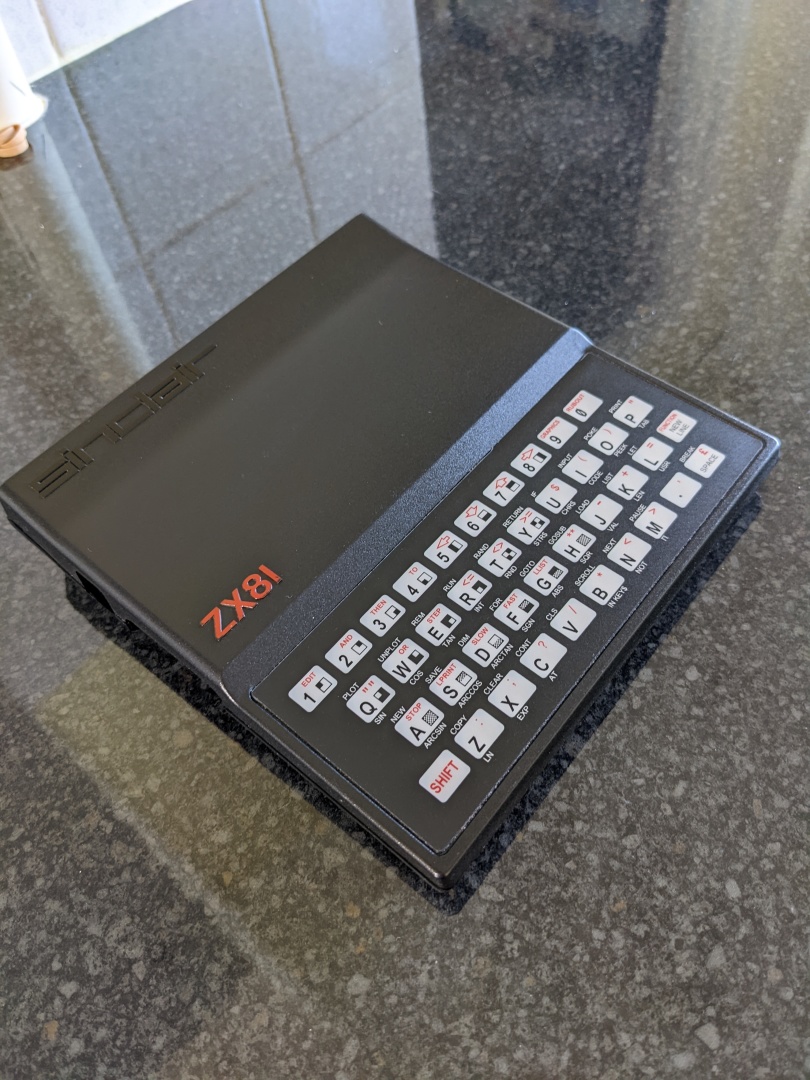 It was blast going back to the first machine I started on with lots of coffee and a Zaks guide to Z80
Reactions: Irinikus

Sad news on the ULA, you can get scalped for one on ebay. I did see a link somewere for a modern plugin replacment if that will interest you I can try and find it again?

Col Krash said:
Sad news on the ULA, you can get scalped for one on ebay. I did see a link somewere for a modern plugin replacment if that will interest you I can try and find it again?
Click to expand...

This is the modern plugin ULA: (I'll purchase one early next year!)