Nintendo 64 output quality came up today on the Discord chat, and so I decided to do a few sample captures. These are the best I can get from analog N64 video (RGB output via N64RGB mod).

Side note: N64 is one of those consoles that looks way better on a CRT due to scanlines making the polygons look smoother. If you remember your N64 graphics looking better back in the day, they probably did! At least to a small extent. Unfortunately while I can record with (fake) scanlines, it doesn't translate well to YouTube compression.

Also interesting is the part where Perfect Dark switches from a higher to a lower resolution.
Last edited: Dec 4, 2020

Multi-System Arcade Controller
One of the things I was having trouble with was finding good controllers for old machines, especially earlier ones like the NES. Old controllers could be in bad condition and are getting further and fewer between on eBay. There are many newly manufactured, no-name knockoffs that can be bought on Amazon for under $10/ea. but the quality is representative of the price, with malfunctioning D-pads and poor button quality.

The most straightforward solution to me was of course to make my own controller!

After thinking about it quite a lot, and going through many ideas including the conversion and adaption of (also now End of Life) wired Wii Pro or NES/SNES Classic controllers, I came across the niche of people manufacturing arcade cabinet hardware, largely for MAME cabinet usage. I knew I could get quality buttons and joysticks easily and cheaply so I decided to try an arcade style controller.

The custom designed Multi-System Arcade Controller board is based on 74HC series logic chips with no microcontrollers or other programmable parts. It supports connecting the eight-way joystick and eight arcade style buttons through to five different types of game systems:
All of these consoles can be left connected at the same time (if the controller power is on) without any electrical issues or consoles trying to feed each other power. It will also control multiple consoles simultaneously, though this doesn't make much sense.

I haven't seen much else out there like this -- only a few people making one-off single system controllers -- so with the design complete and working I might shop around to see if there is any interest and start selling these boards.

Each board is for one player, with a two player arcade enclosure needing two boards. One board is being tested in the pictures below, with more boards being manufactured since. 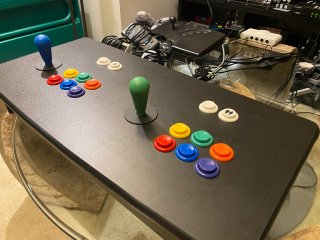 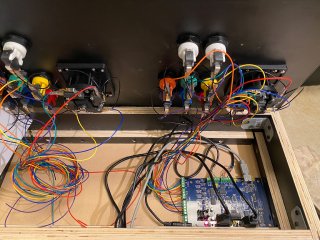 The button configuration is console specific: 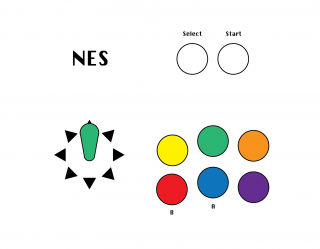 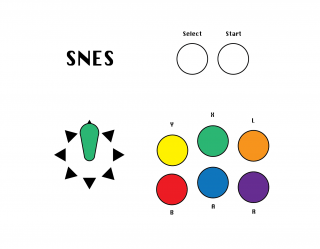 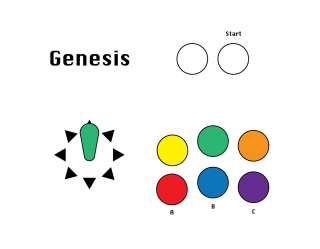 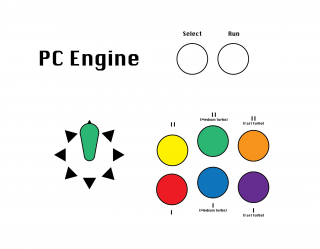 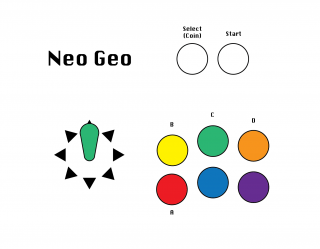 ​
I was wondering at first whether it would only be good for fighting games or shooters, but I ended up being pleasantly surprised! I find arcade style controls with positive clicks in the joystick and buttons is much more pleasant to use for all styles of games, including RPGs, puzzle games, and so on.

For shooters and fighting games the difference between the arcade controls and the old OEM controllers is night and day. I previously considered OEM controllers to be the gold standard -- much better than the new knockoff reproductions -- but using this feels like gliding on air whereas the old D-pads now feel mushy and taxing. For other less intensive games, it still feels much more pleasant and less stressful to use this style of controller. Even the old arcade style Neo Geo controller is easily beat out by this setup.

One other benefit I didn't fully appreciate was having one controller that works with multiple consoles. I originally designed it this way for economy and space savings, since it would be hard to have such a large device for each system. However having consistent controls and ergonomics between consoles and not having to switch and take out or put away different controllers every time I want to play a game on another console makes the "game room" system as a whole much more fun to use. 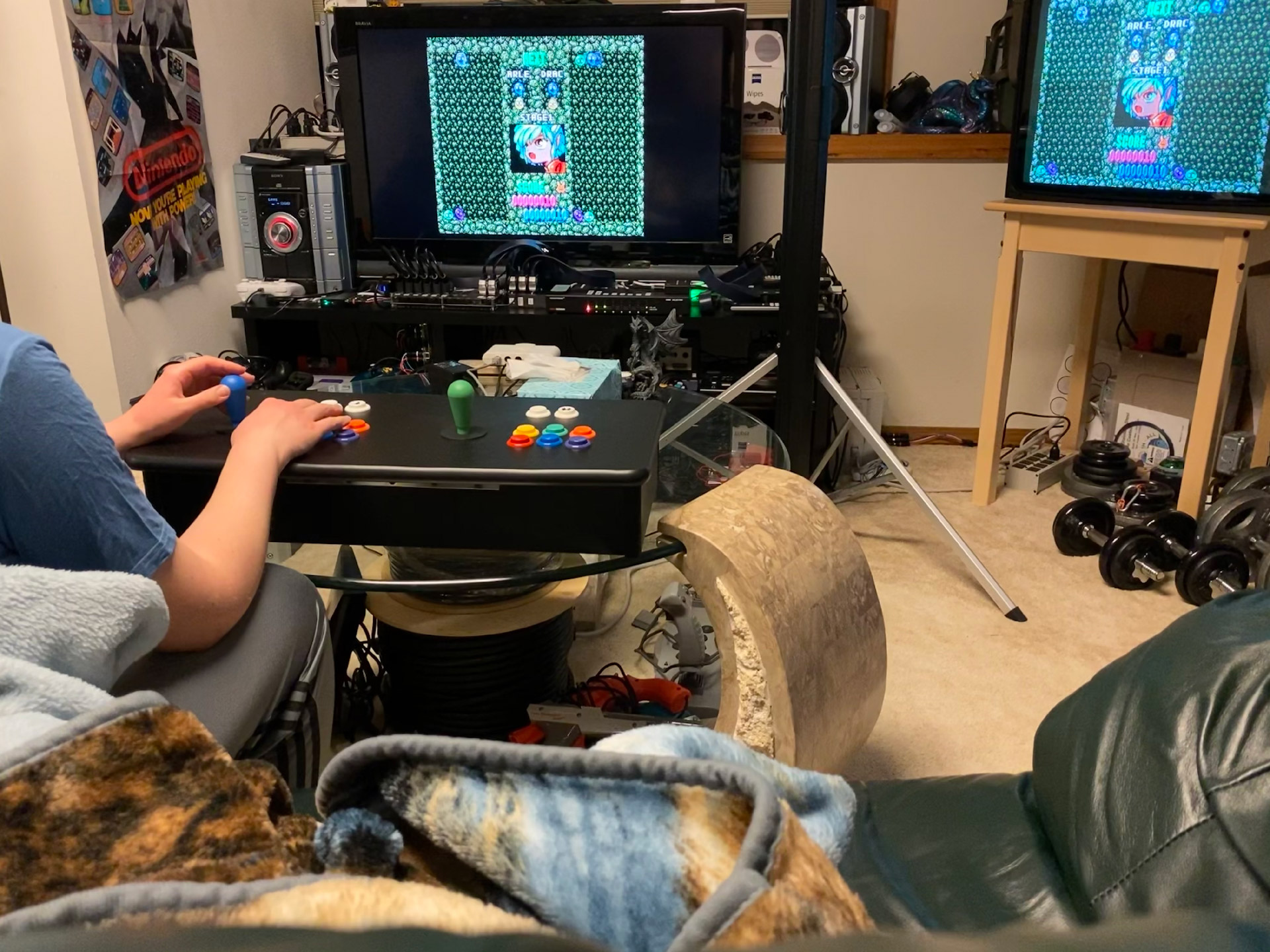