Which works better for a SEGA Mega Drive: The SGI Indy or a AV to HDMI converter?

Today I decided to do some experimenting to determine the difference in performance between an AV to HDMI converter and the SGI Indy in displaying the output of retro consoles. 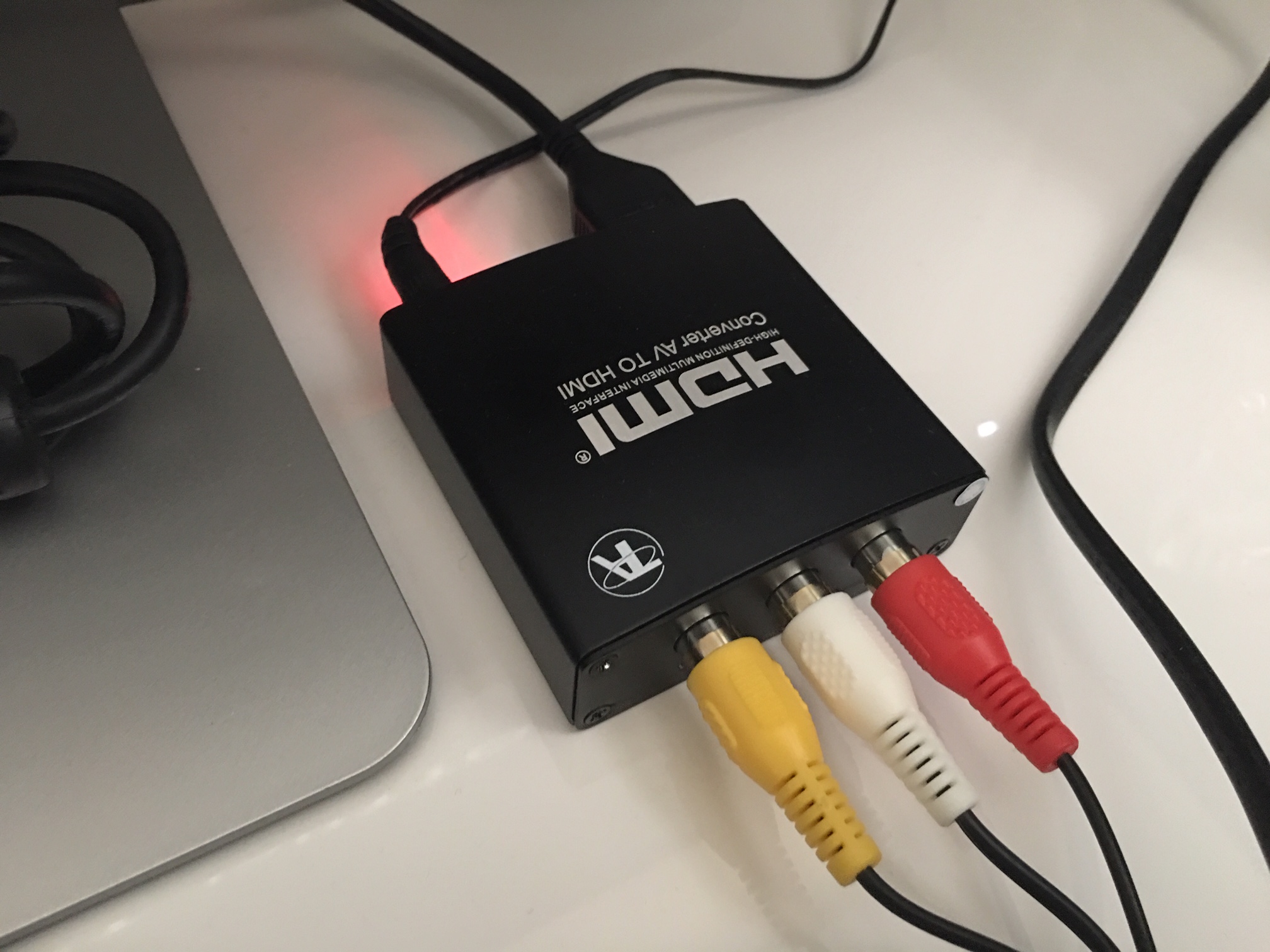 First up I tried the SEGA Saturn running WipeOut, and confirmed the fact that the video quality is significantly degraded when compared to the output from the Indy, due to the image being "stretched" to fit the native resolution of the screen, being 1920x1080. Yes, the AV to HDMI converter does upsampling, but that only helps so much!

Even tough the video quality was less than desirable, there was no lag experienced. 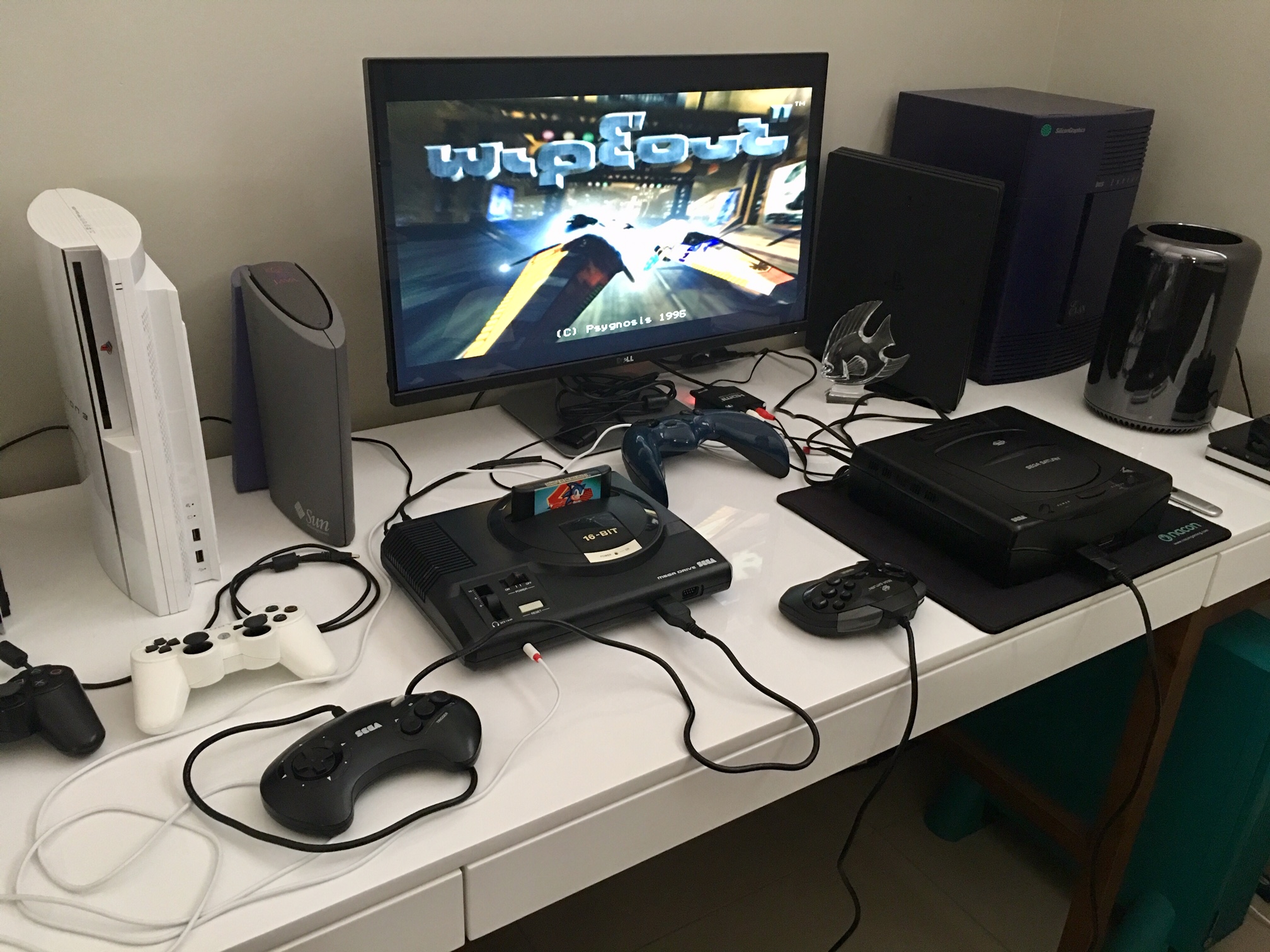 When it came to the SEGA MEGA DRIVE, the colours were completely out and the image had vertical stripes in it, when using the AV to HDMI converter! 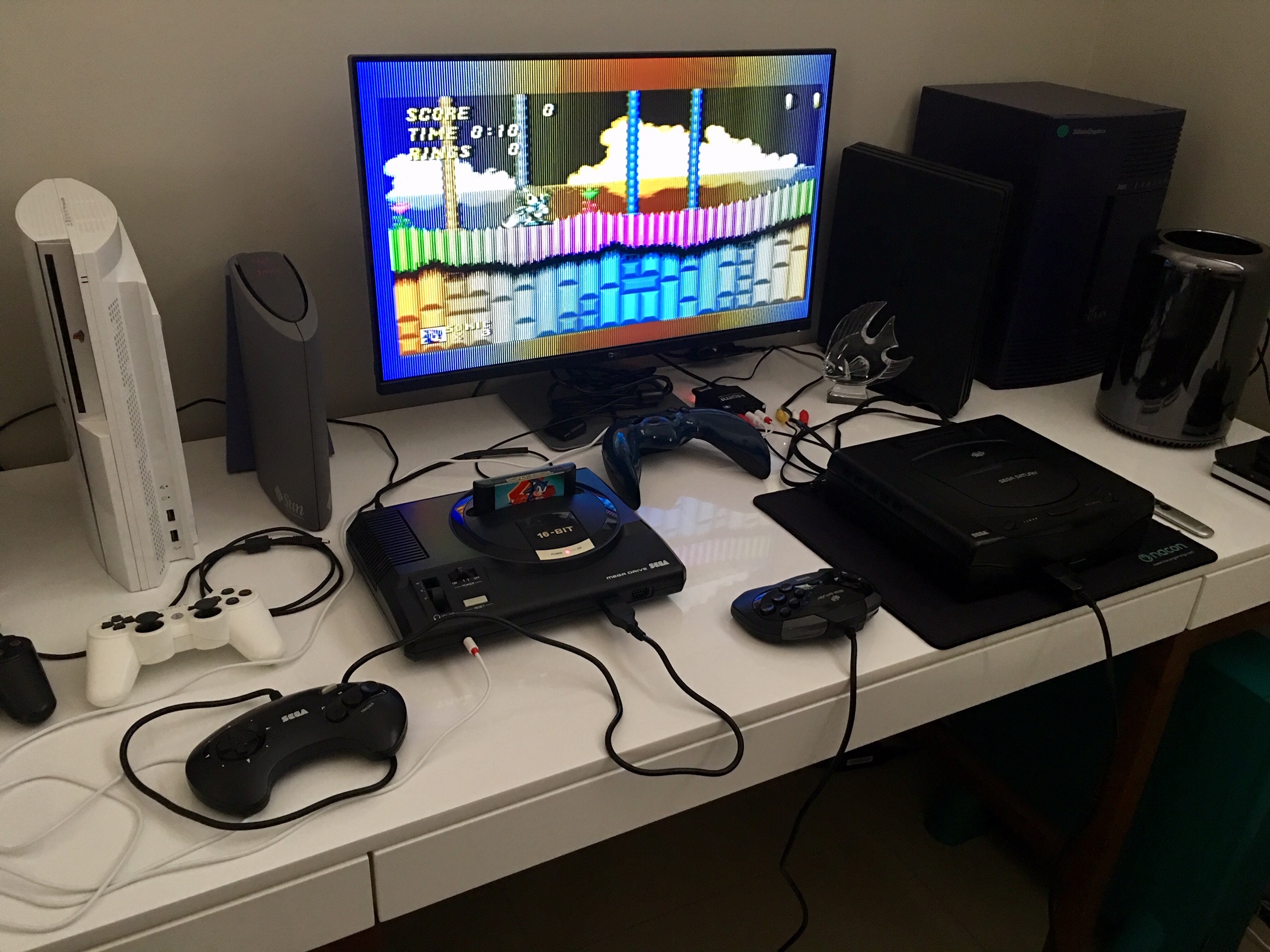 When using the Indy to display the output, the colours were correctly represented and there were no vertical stripes to be found in the image! 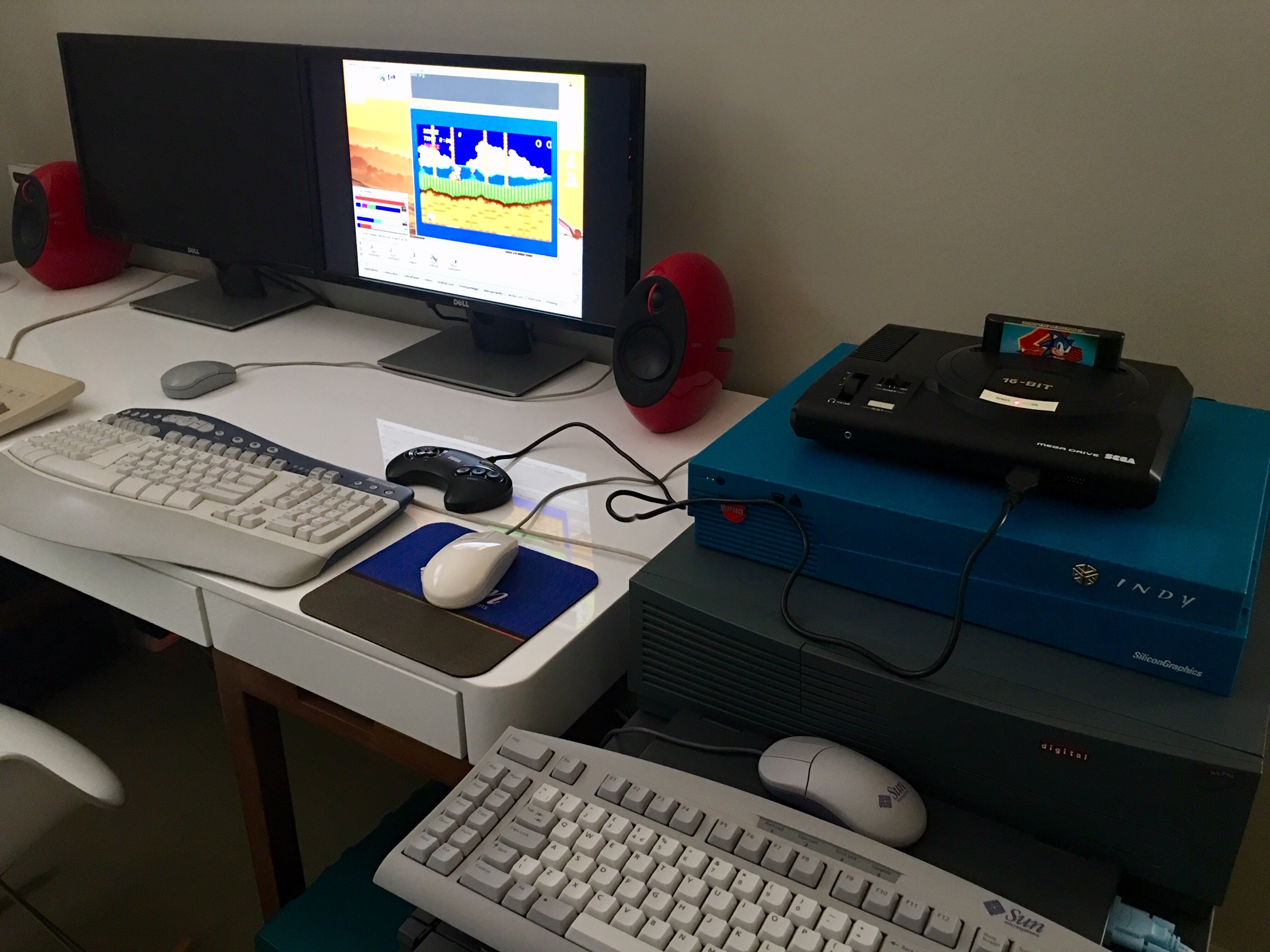 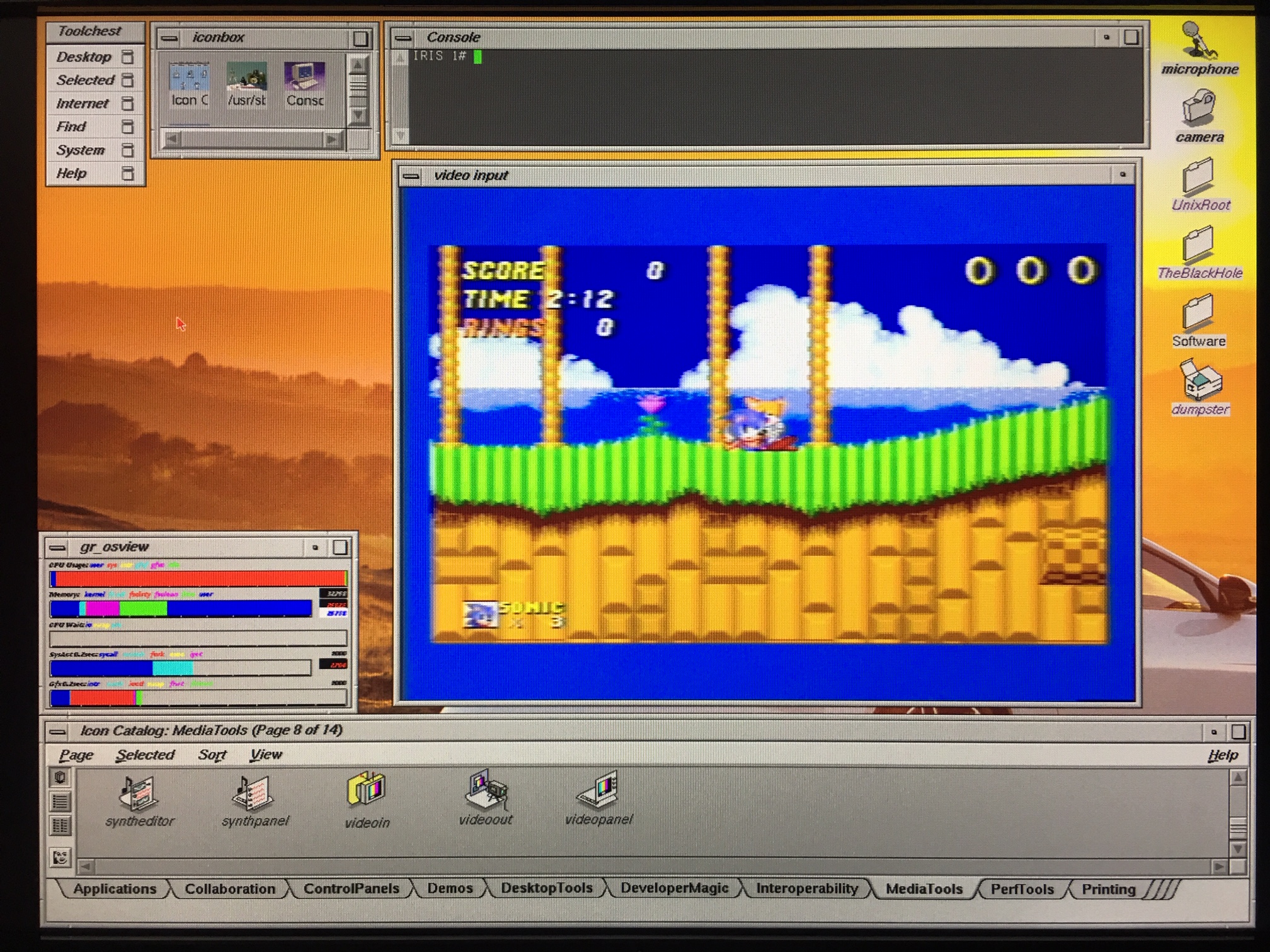 This proves that the Indy performs extremely well in the field!

Interesting rainbow effect from the HDMI converter. I've heard that some of those (and some TVs) have trouble with 240p as opposed to 480i, and it would seem to be the case there...

Also as per the other thread, the Indy seems to handle the 240p composite signal remarkably well

It shows that the humble Indy is a valuable asset to have, as it has its own niche here!!!

This makes me wish I had a DAC to pipe in old console video to the Octane Digital Video card I have. This is awesome.
Reactions: Elf

Some of the Blackmagic Design micro converters could be part of the solution; reasonably priced HDMI to SDI: https://www.blackmagicdesign.com/products/microconverters

Then as long as you can get the console's composite, S-Video, component, or RGB output to HDMI you should be good to go, e.g. by one of the RetroTINK units: https://www.retrotink.com/

Nothing I have tried myself so I can't guarantee success, but there are some reasonably priced components that could make it worth looking into

I have the Octane Digital Video Option and I can confirm that it does take SDI in. I have a few pictures of it, along with the mod I did to make it and an ESI fit in the system alongside my V12 here: http://siliconimage.irixnet.org/index.php/User-Albums/Kaigan/V12-ESI-Digital-Video-Carrier-Mod

I have a pair of the Blackmagic boxes, one for Analog to SDI and the other for SDI to Analog. They work fantastically well and I've been able to input video from multiple consoles, including my N64 and Saturn and route it back out to my PVMs.

I'm not overly familiar with SDI as a standard, so I definitely echo Elf's comment about checking appropriate rates, etc. on any hardware you purchase to go along with it. The two Blackmagic boxes I have work perfectly, though.
Reactions: rbz and Elf

They get more flexible in the HD resolutions (720p and up), though...

I'm pretty sure I've been able to get 480p working through the Blackmagic Analog to SDI box. I do make use of a DVD recorder with a progressive scan feature as an intermediary to ensure that I'm getting an actual 480p signal instead of the 240p weirdness that consoles like the N64 output.