Along the lines of looking at the PSU, I've also been investigating all the Tezro power rails, many of which are generated not by the power supply but instead by VRs / VRMs on various system boards.

If referencing or duplicating this information, I ask that you maintain a prominent link to this original forum post for further updates, as well as a credit by name.

L1 monitoring shows how just how many rails there are! 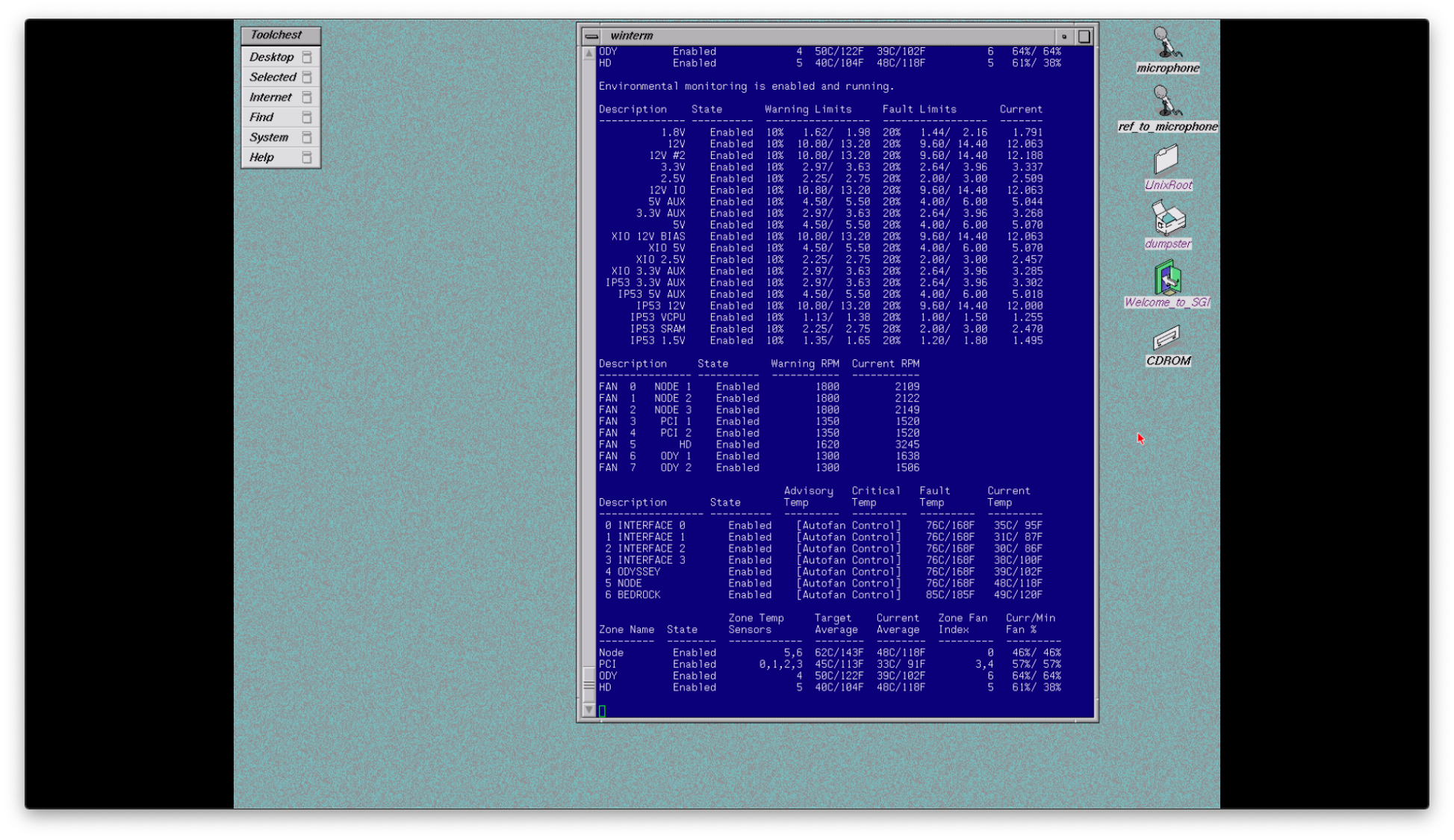 Everything that follows is just a best guess, much of it acquired by probing the high amperage rails on a live running Tezro, without covers and sometimes without fans or air guides! Any corrections are welcome, although I think it would probably be a limited set of people with Tezros that would want to do this.

Most anything with 3.3V, 5V, or 12V probably comes straight from the power supply, although some of it is current monitored separately. I didn't find enough VRMs to account for all the separately measured 3.3/5/12 rails. This includes:
(Yes, the PSU has three separate 12V rails: 12V, 12V #2, 12V IO; they are derived from a single regulator but current monitored separately before heading to different connectors)

The node board has four VRMs, only one of which (VRM #1 / CPU) is removable, and the other three soldered directly to the board via 0.1" pin headers: 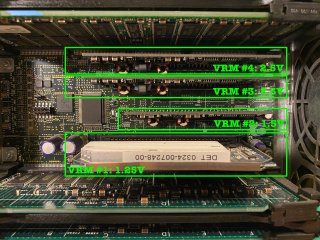 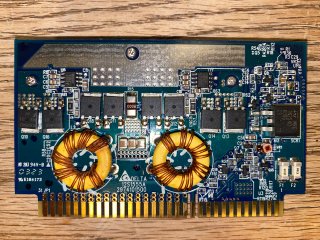 The motherboard has two (non-modular) voltage regulators hidden away underneath the fan wall:

These appear to correspond to the following rails:
They are driven by a single LTC3728EG controller with an odd bodge wire from EXTVcc to the enable pin of a 29302BU linear regulator. An odd match, perhaps relying on the supply voltage of a Power Good signal from something else? (EXTVcc runs the internals of the LTC3728EG in place of an internal LDO, when EXTVcc is > 4.5V)

The 29302BU linear regulator at the bottom appears to draw off of +5Vsb and supply:
I have not yet explored for or confirmed the presence of a separate regulator for "IP53 3.3V AUX," but it also appears to tie back to +5Vsb upstream. All the 3.3V / 5V AUX lines become active when the PSU is in shutdown but +5Vsb is active and the L1 controller is on.

The Vpro card (V12 in this case, not pictured) also carries an internal 2.5V voltage regulator. I am not aware that this on-card rail is separately monitored in the L1 controller's environmental report.
Last edited: Jan 13, 2020
Reactions: kln_nurv and Geoman