Seeing that I had to engage Blender in order to fully render my latest Maya 6.5 creation, I've decided to give Blender a serious look, so Last-night I made the first step in learning how to use this software on my Mac, by starting with a tutorial on YouTube and this is the initial result! (There are still many more stages to cover with this model)

This is the beginning of the first model I've ever modelled in Blender, and from what I can see so far, Blender's actually a rather awesome piece of 3D software! 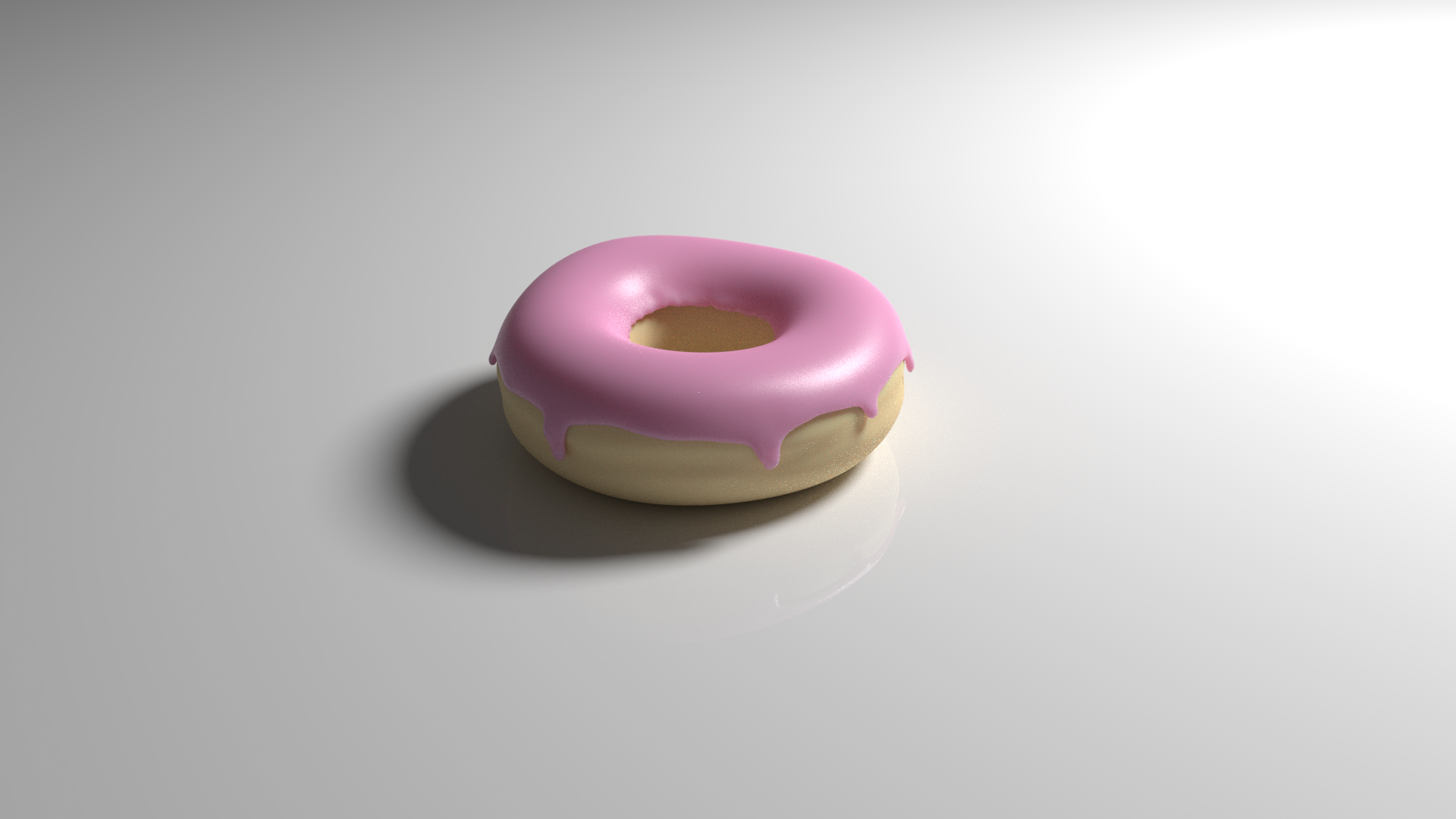 I have a fairly good understanding of how to model objects such as buildings and machines, but have not yet tried to model "organic" objects such as food, people or animals! (This is an understanding that I feel I need to gain, before moving forward in an attempt to accurately model the skins for an SGI machine such as an O2, as they're fairly organic in their form!)

Here's the next iteration and my Blender layout: 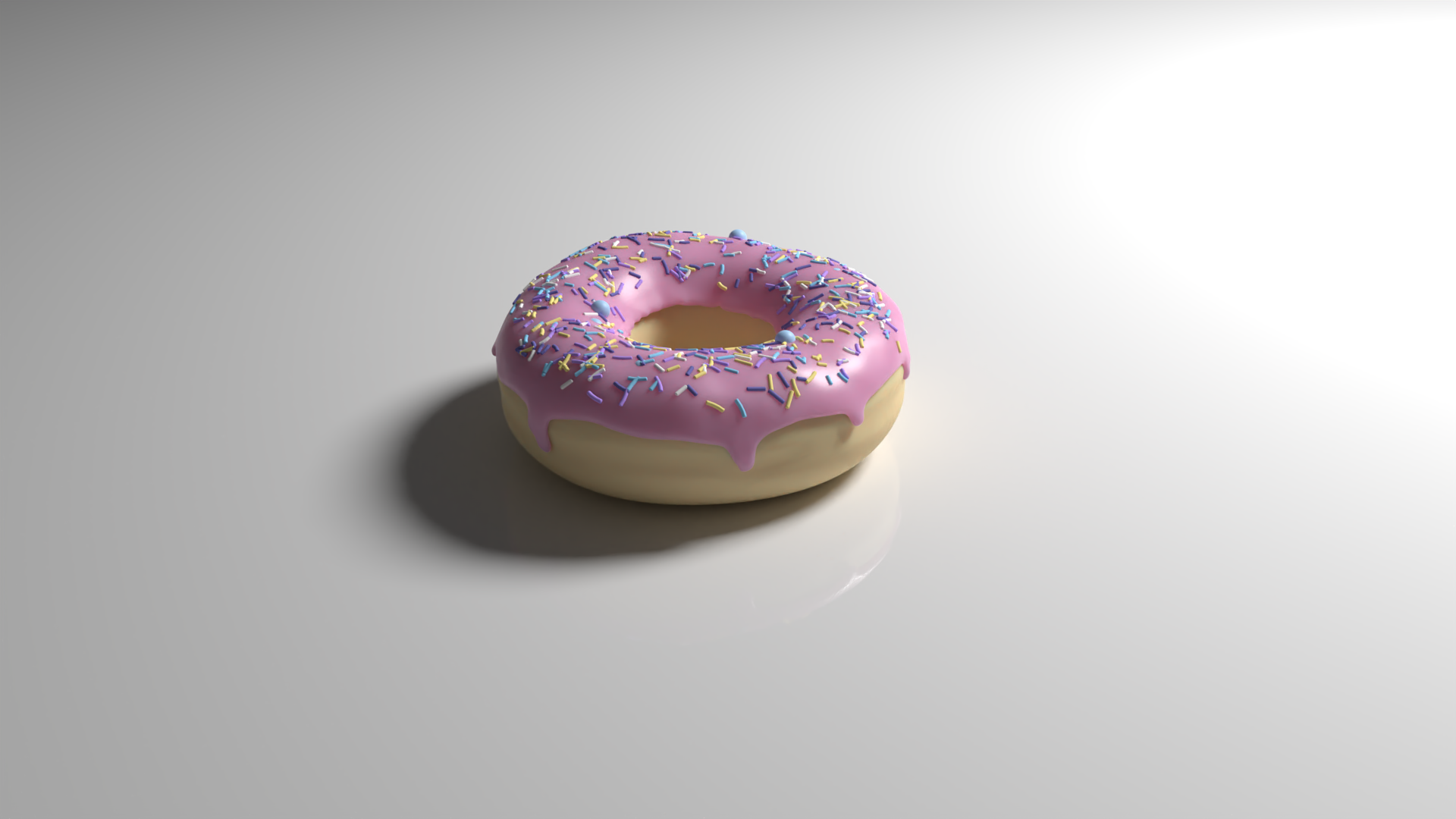 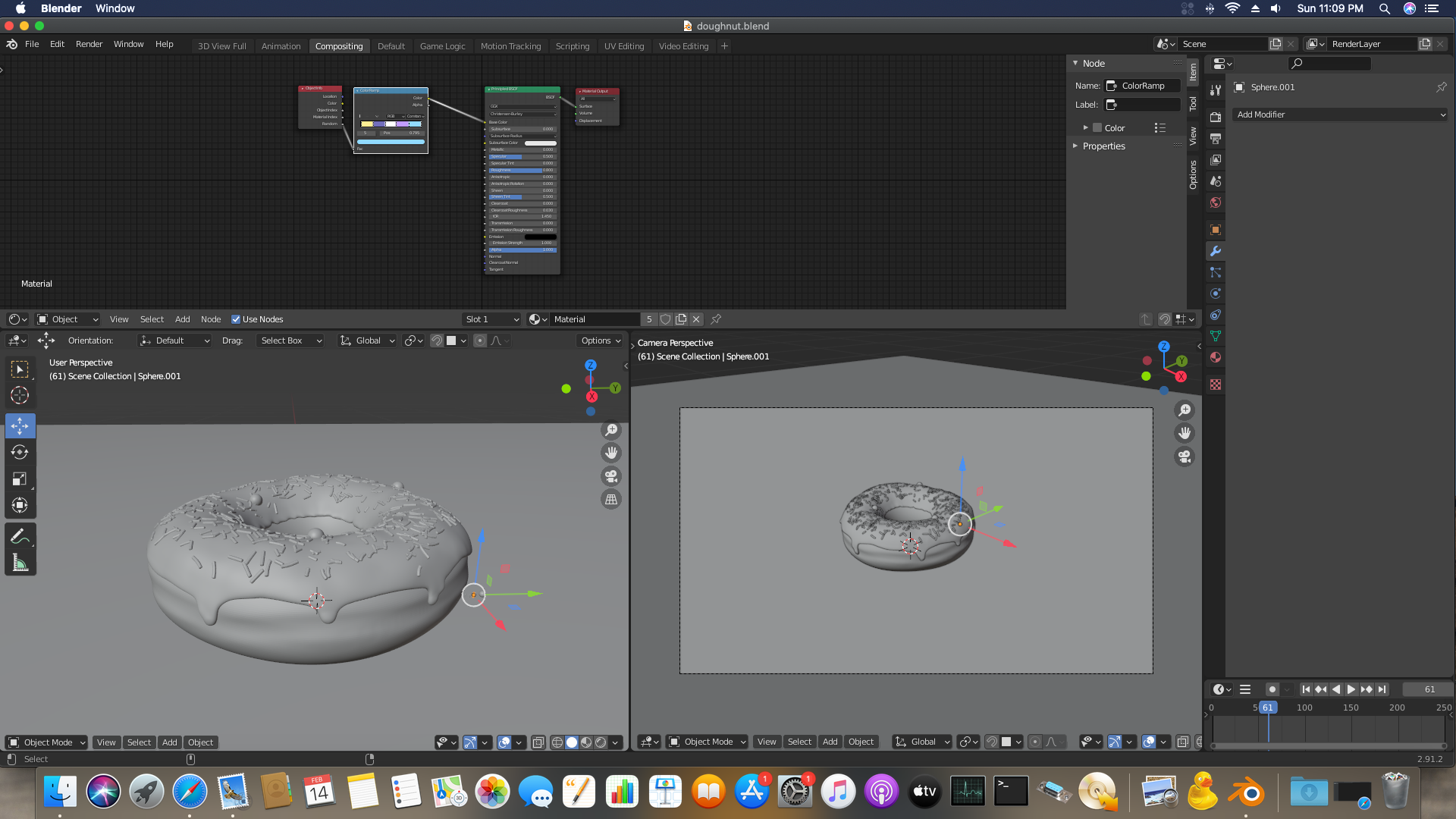 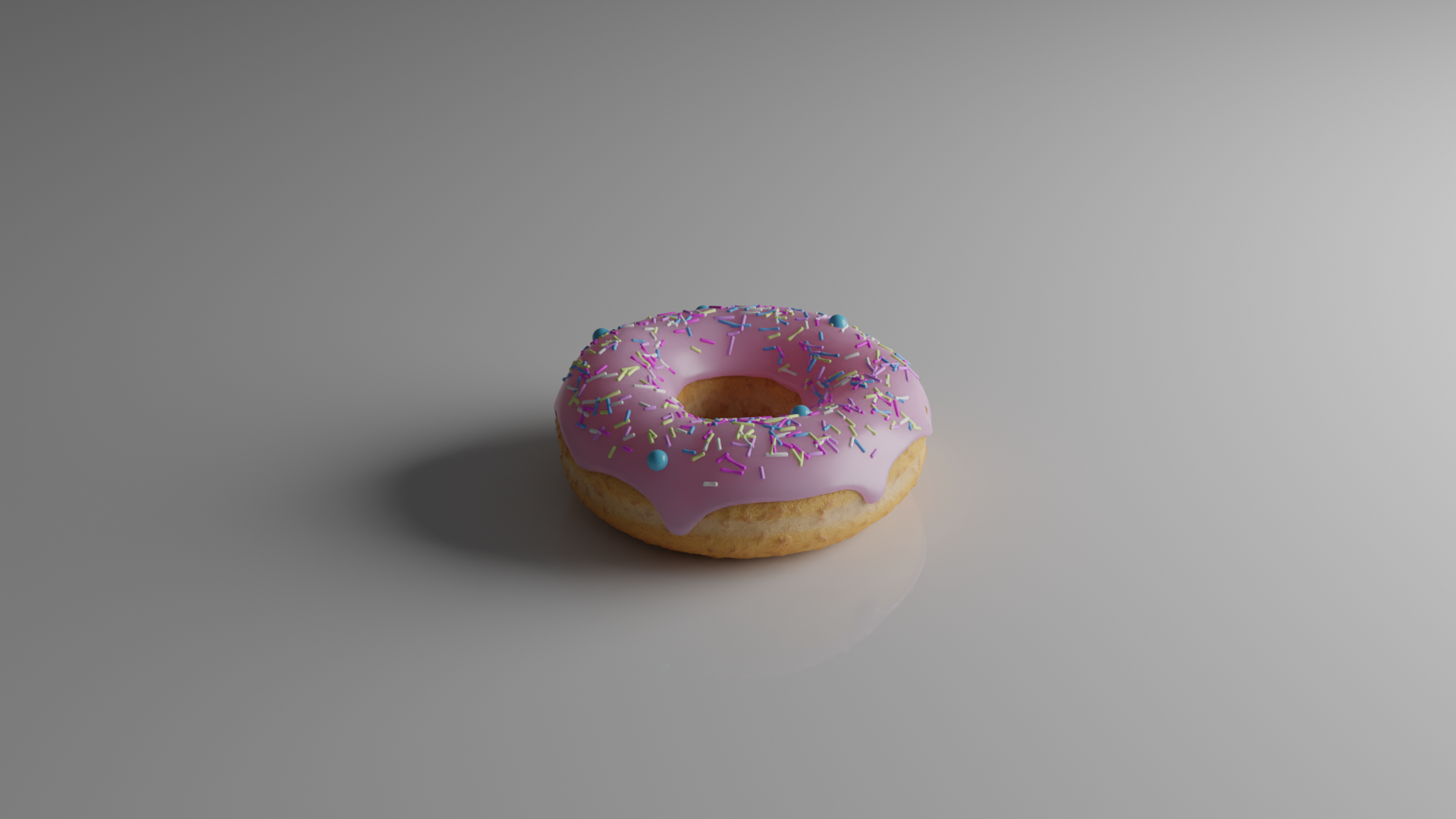 I still have to finish the rest of the scene in the tutorial! (I've learned more in this one tutorial than I have in years!)

All this "doughnutting" about has caused me crave the real thing, so today I had to pay Krispy Creme a visit! (They're way too sweet for my tase though!!!!) 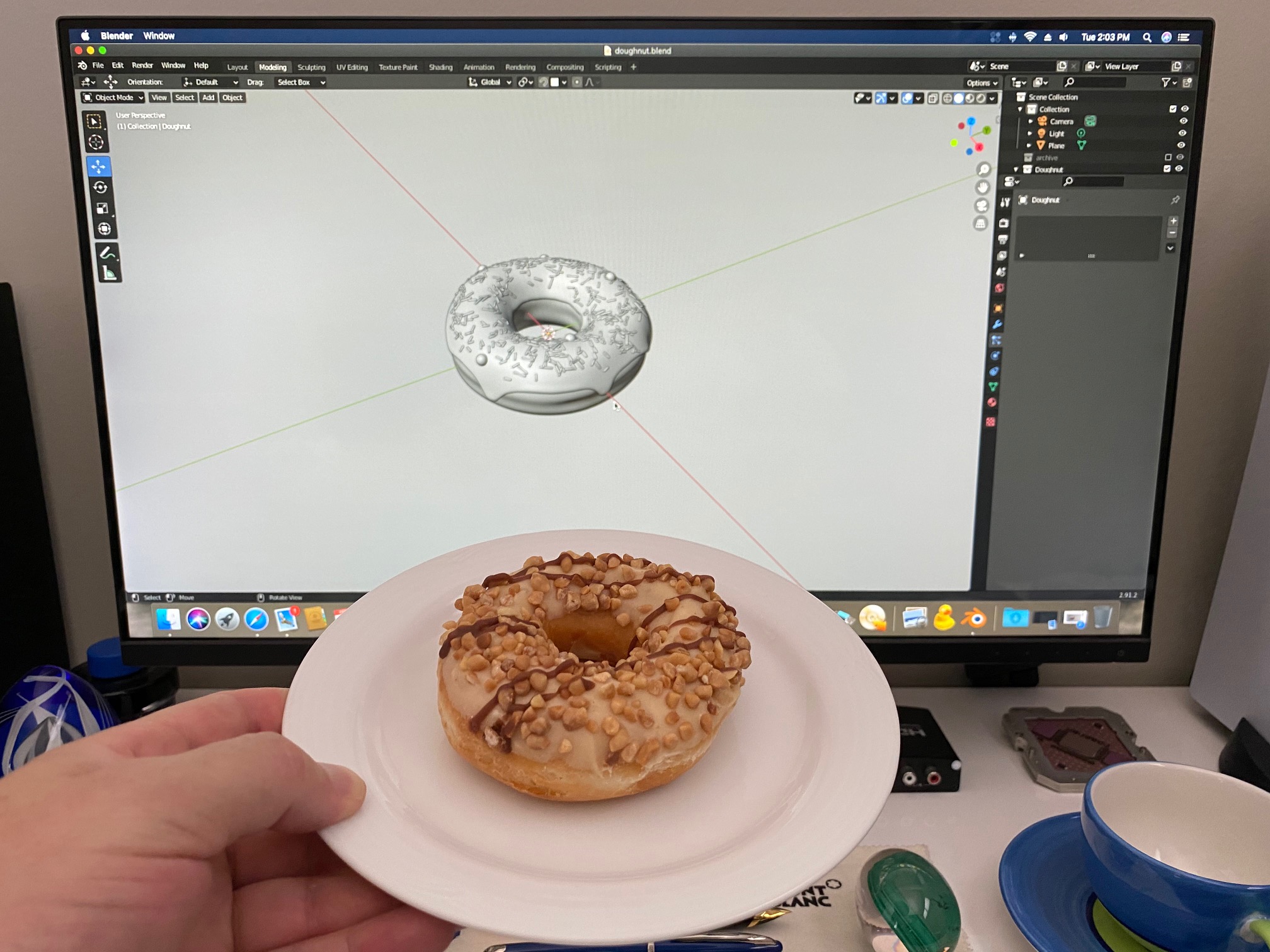 Here's the next bit of progress on this Blender tutorial! 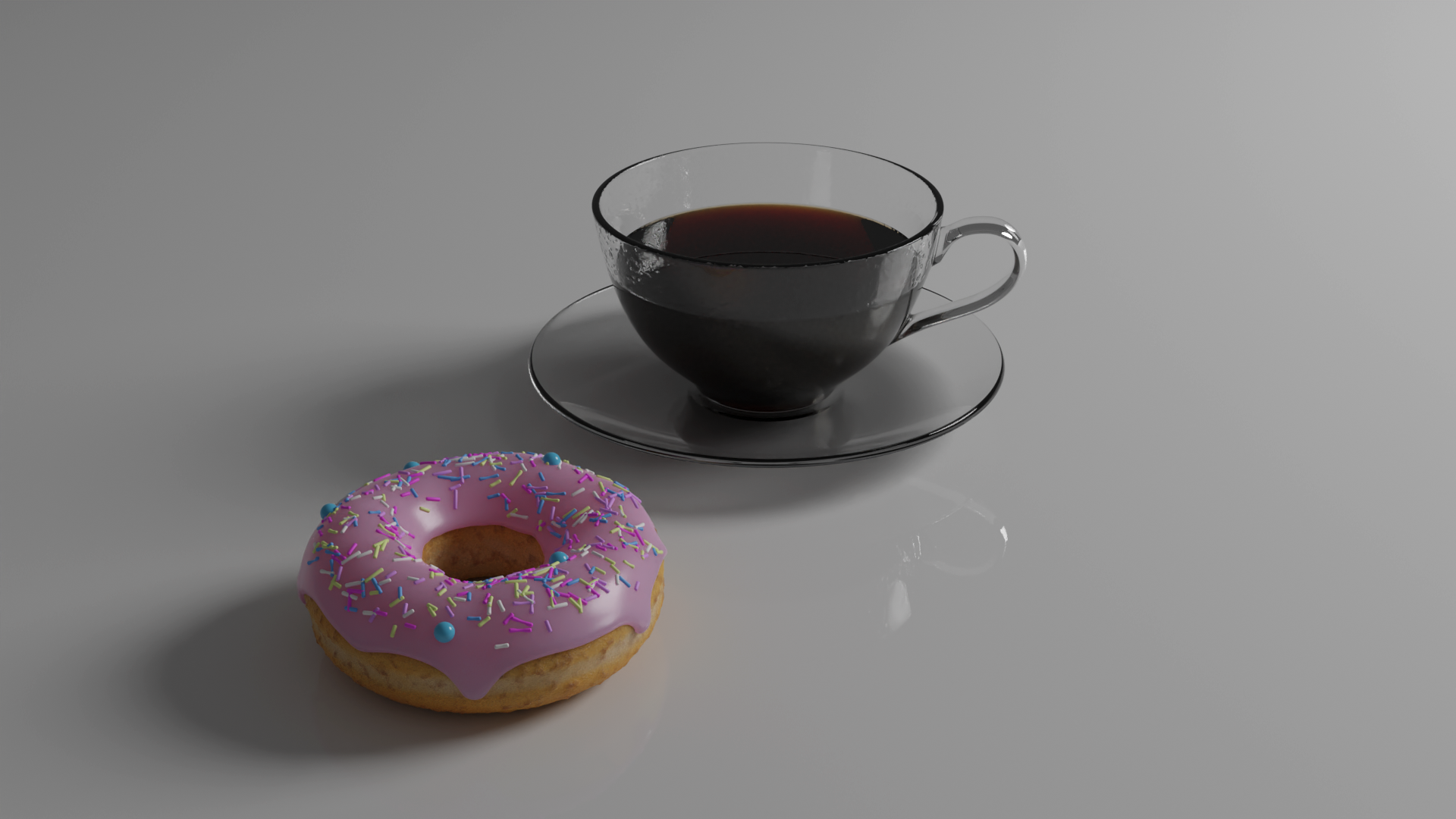 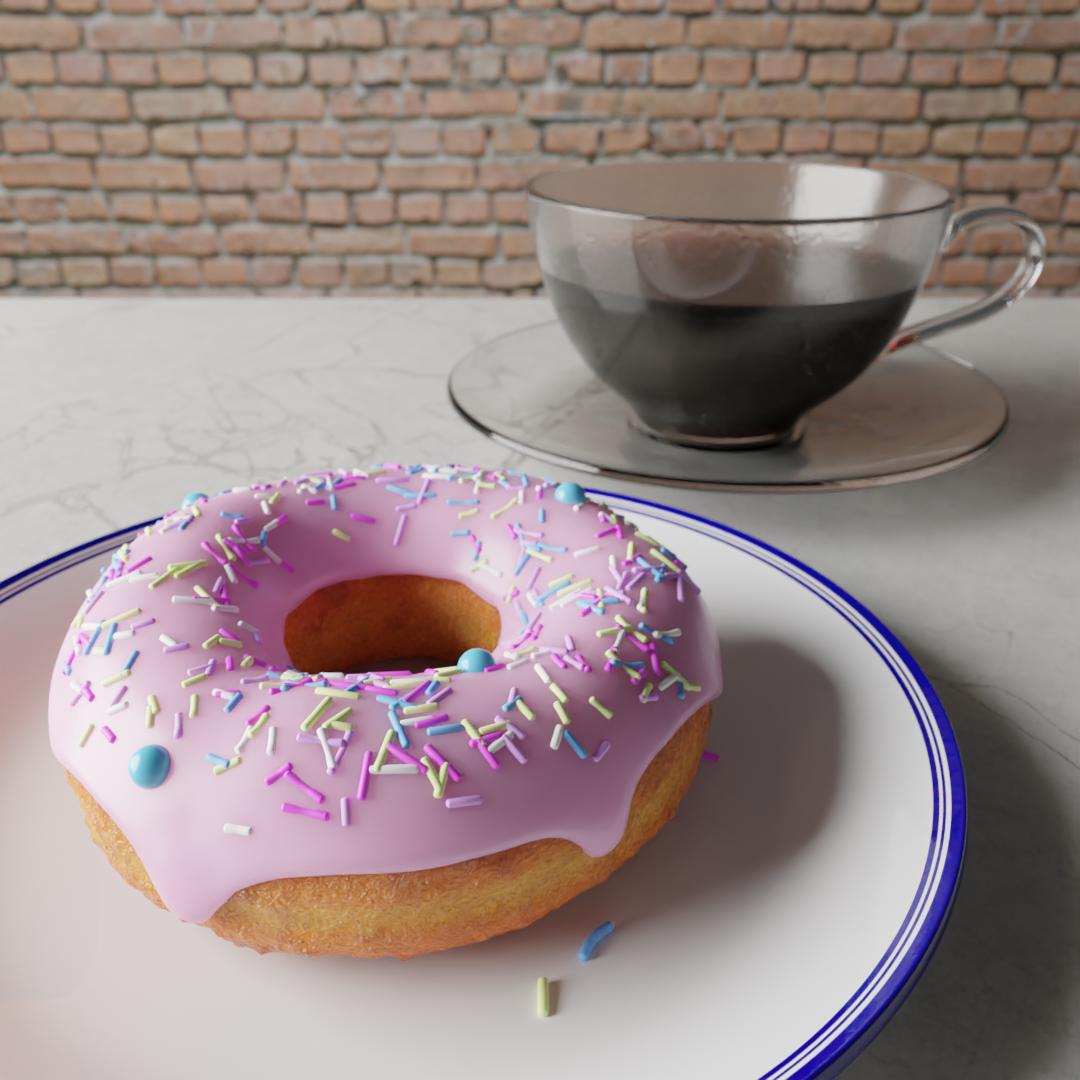 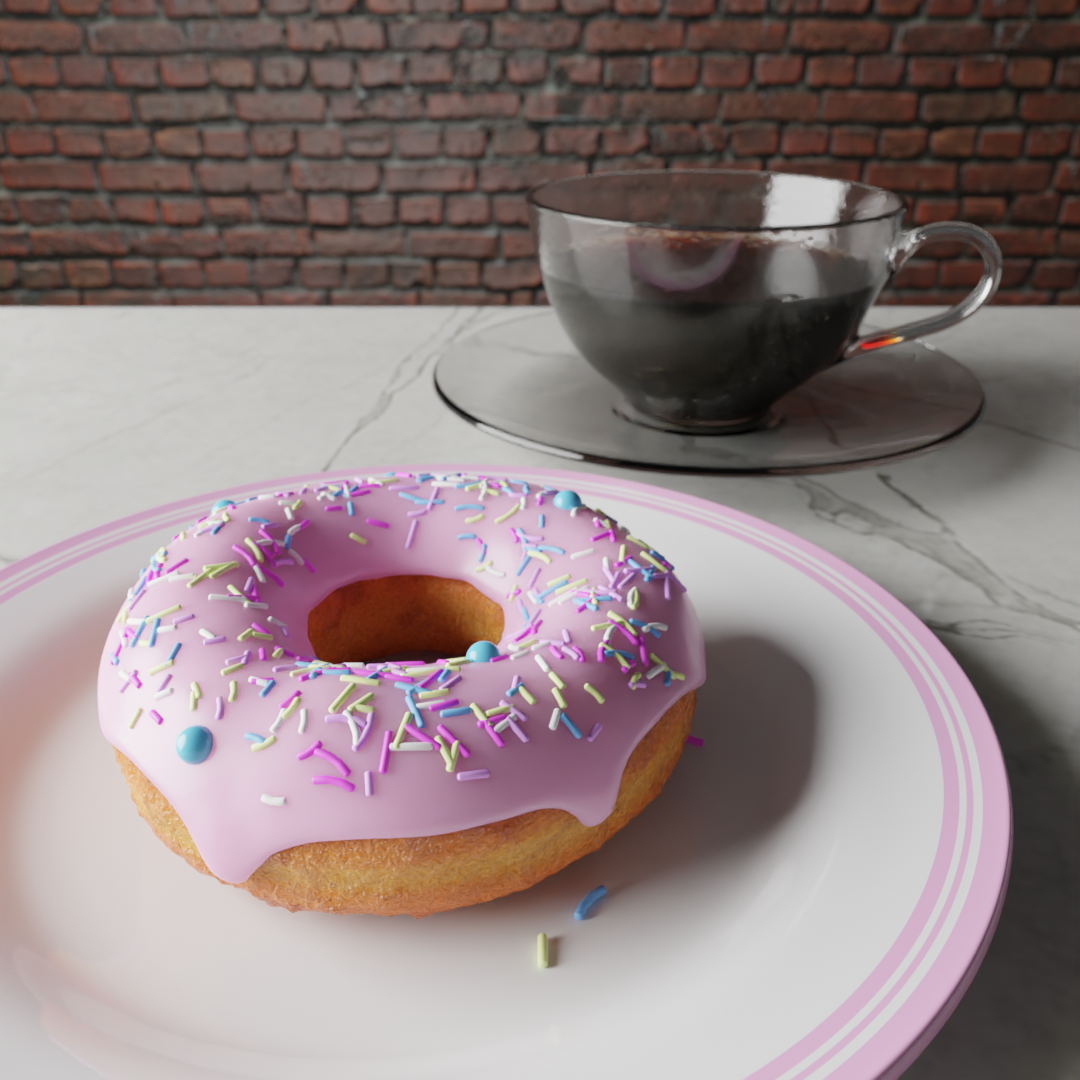 Here's my final adjustment: (The tutorial shows you how to randomly generate and distribute the sprinkles on the surface of the icing, but Blender doesn't possess a means of preventing intersections, leading to a lack of realism! So I've reduced the number of sprinkles to avoid this problem!)

Looking at pictures of actual doughnuts seems to indicate that they in fact have fewer sprinkles than I originally had in the scene anyway!

This is the final render: (I've learned many valuable tricks here!) 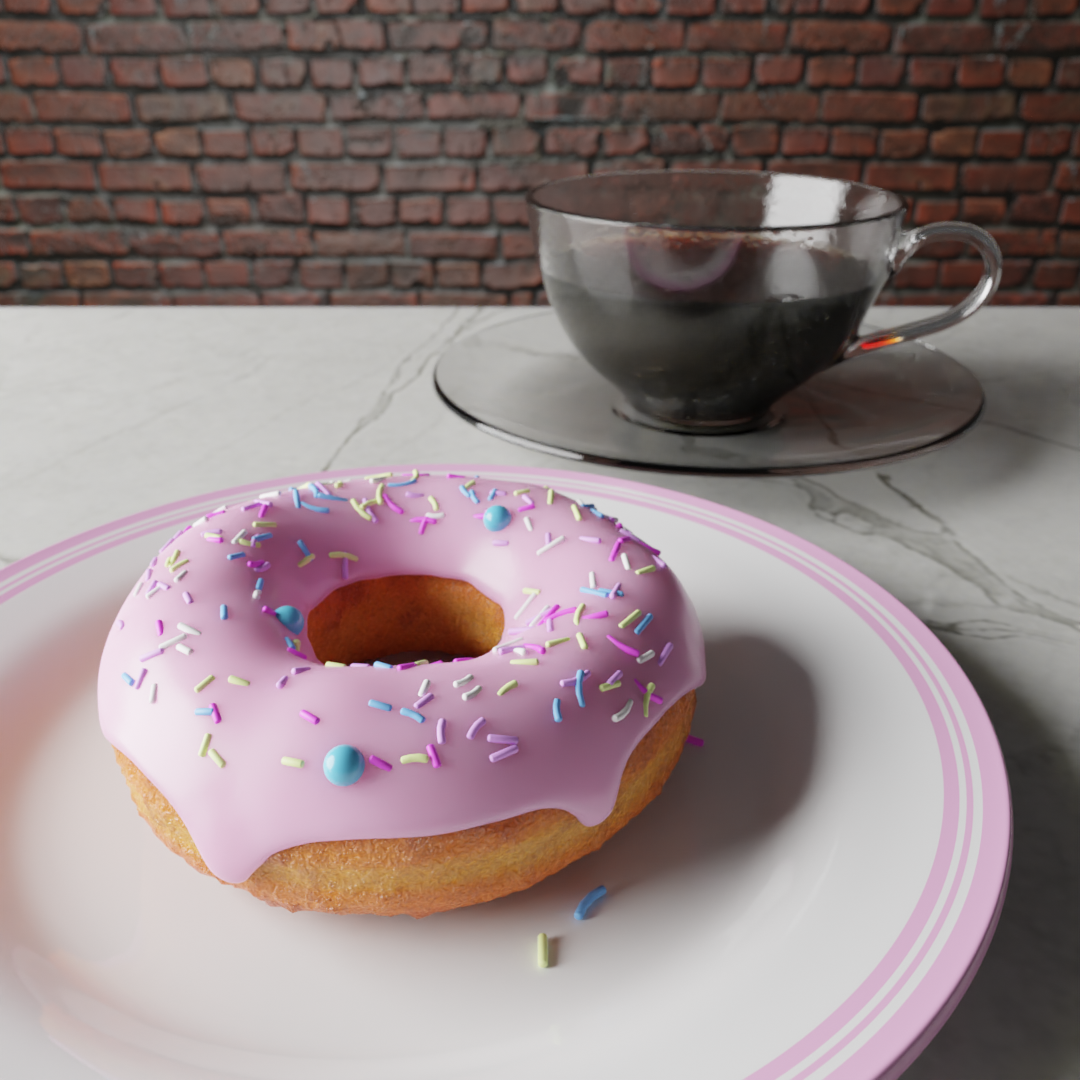 His tutorials are great!
Reactions: rbz, chulofiasco, kikems and 1 other person

That’s pretty rad! Makes me want a donut too It seems like you might have done some color correction on the final image, or was that straight from the ray tracer?

It was straight from the ray-tracer, the lighting setup as well as the arrangement nodes defining the doughnut and icing textures were altered and optimised for the final render.
Last edited: Mar 3, 2021

Here's the scene setup: (Notice the noise in the image, as it's not de-noised in the viewport!) 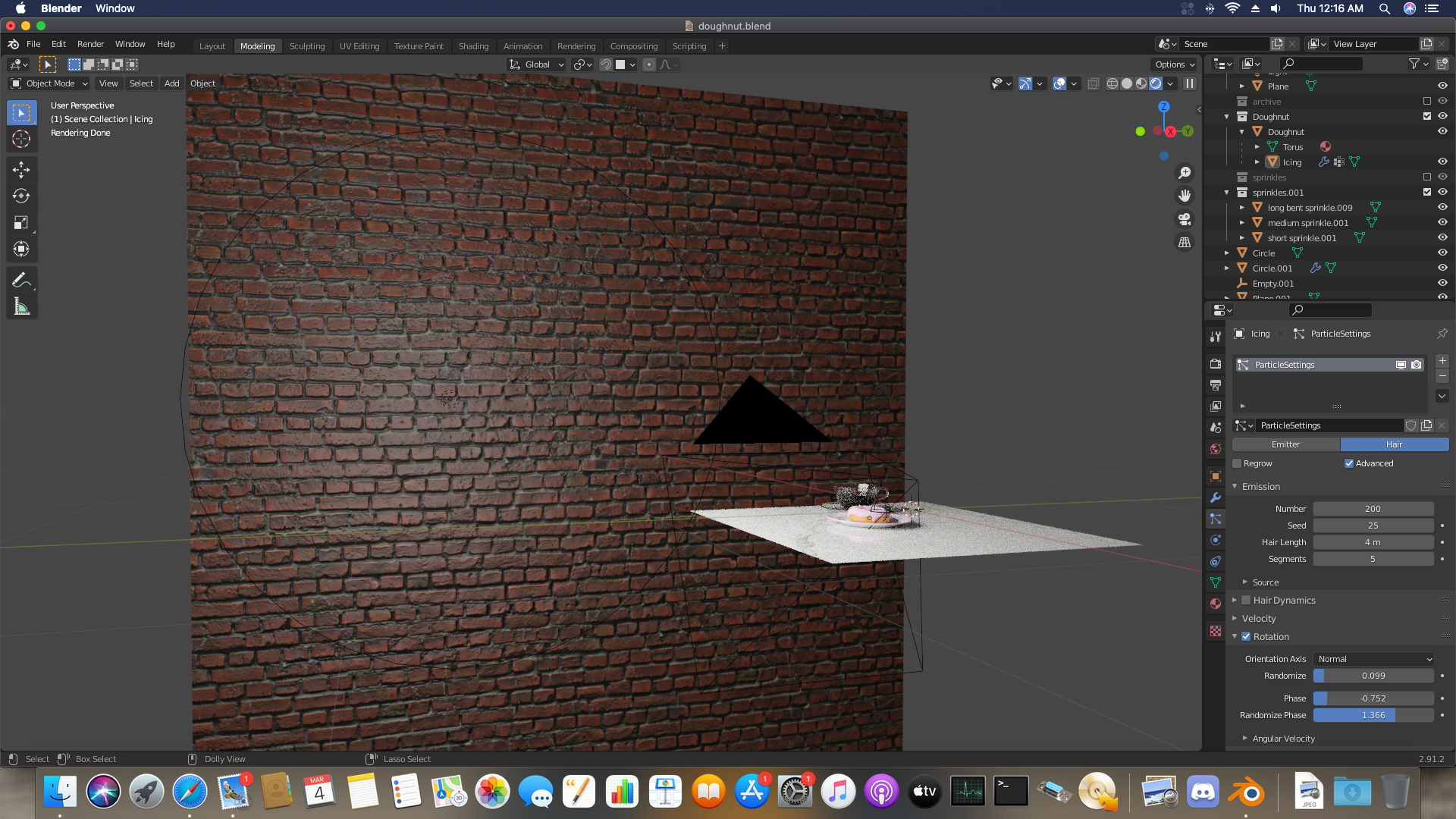 This is the node setup for the doughnut texture: 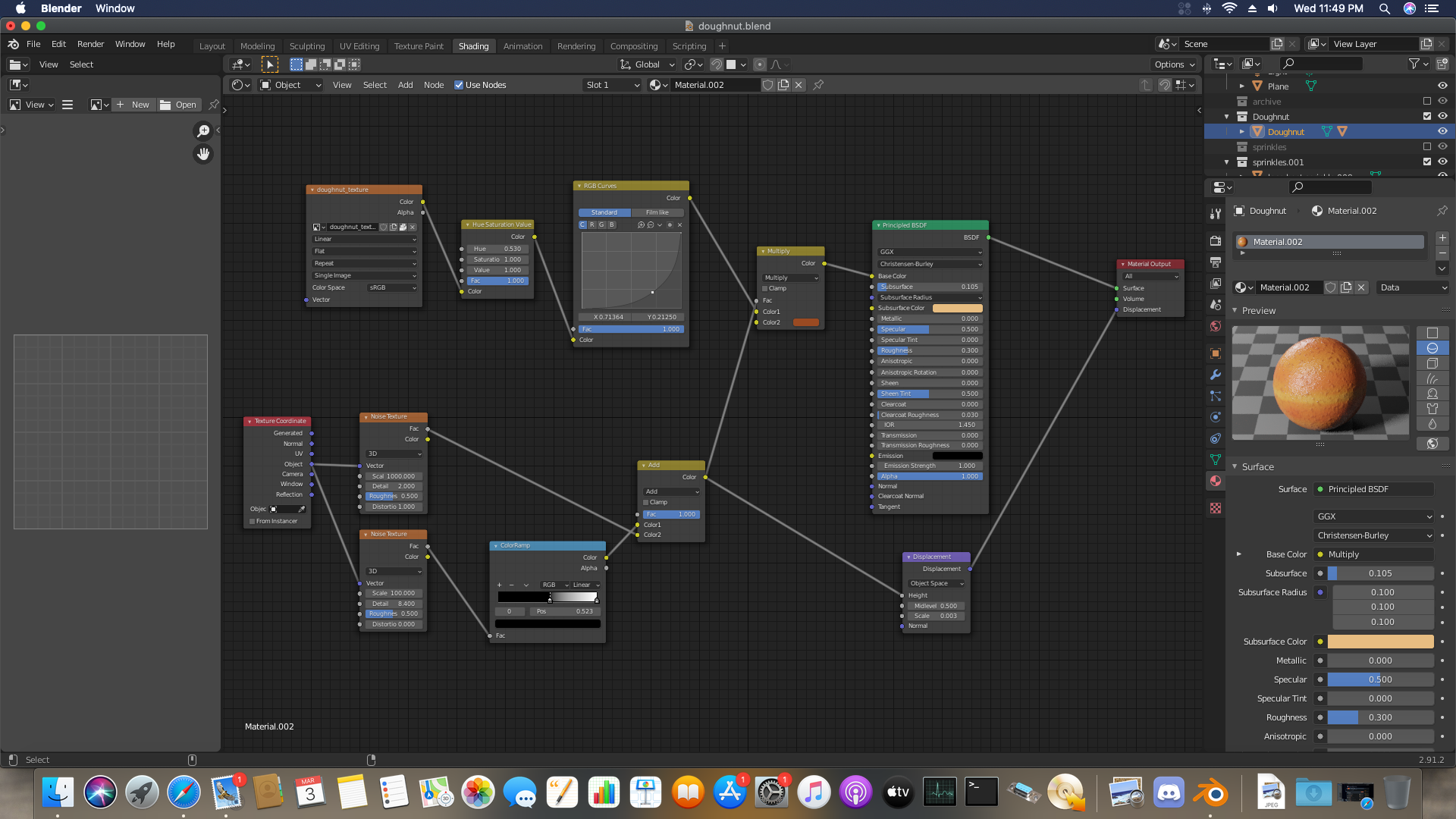 This defines the brick wall: 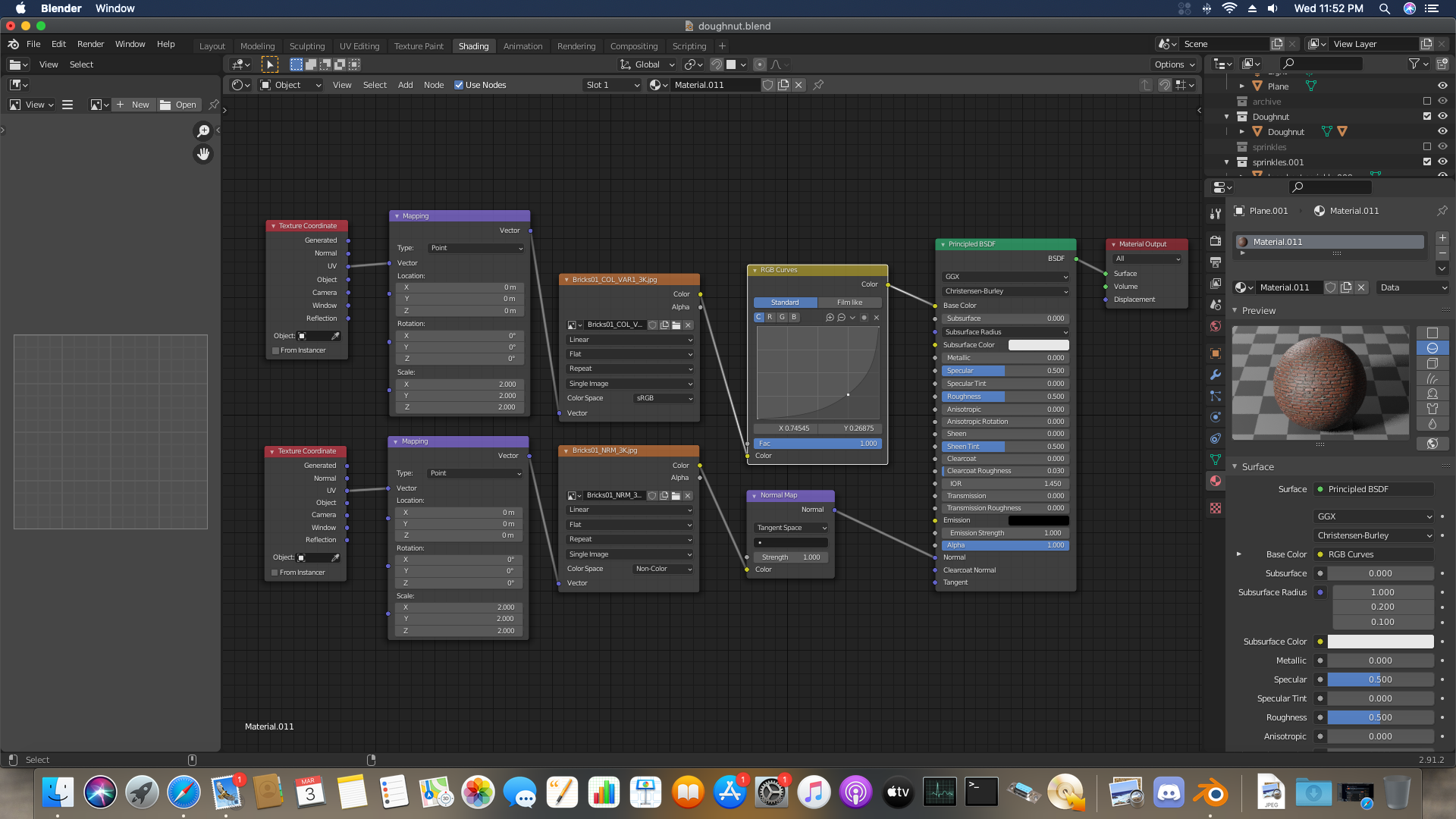 This defines the icing: 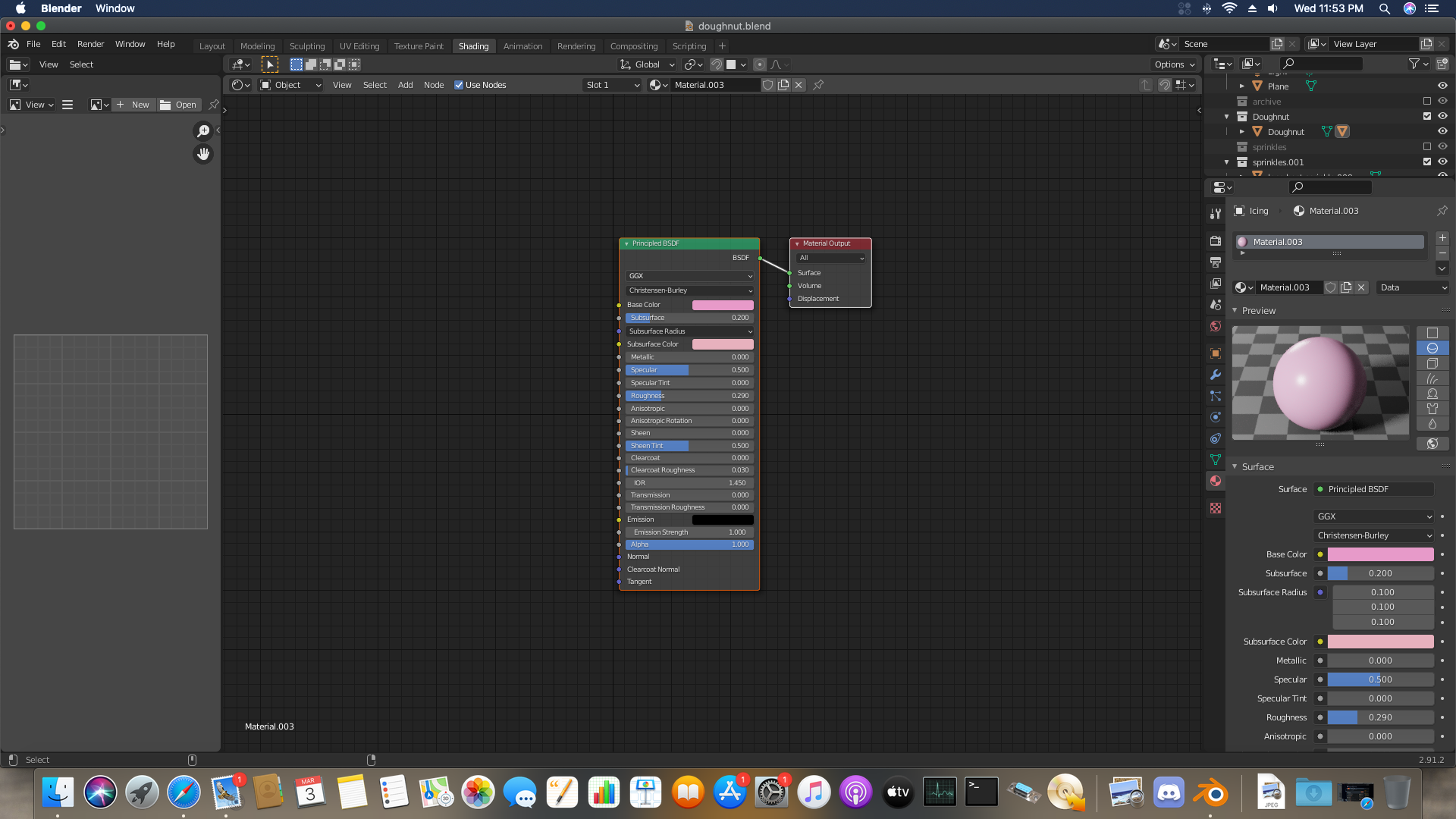 This defines the random colour of the sprinkles: 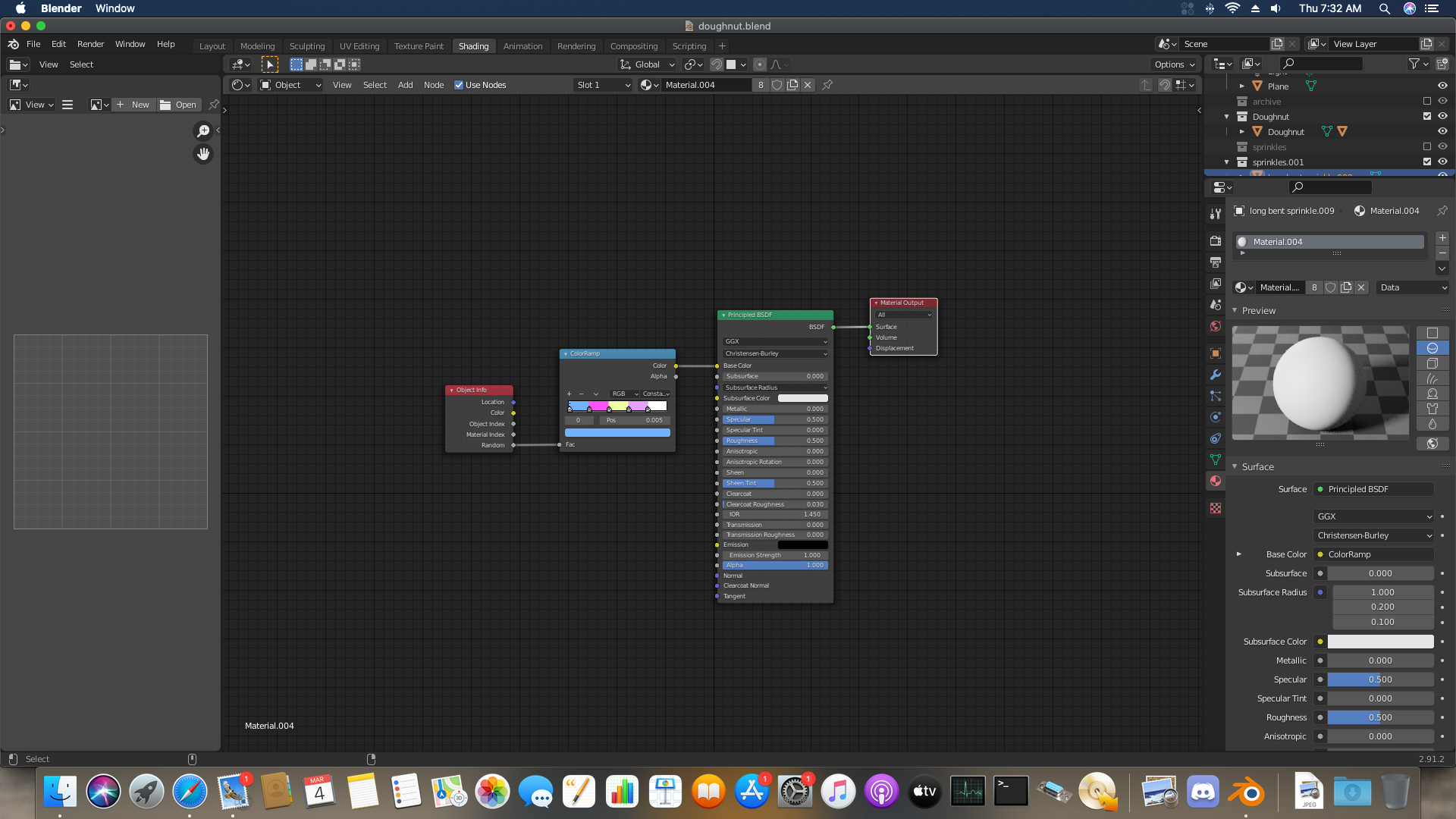 This defines the condensation above the coffee, towards the top of the cup: 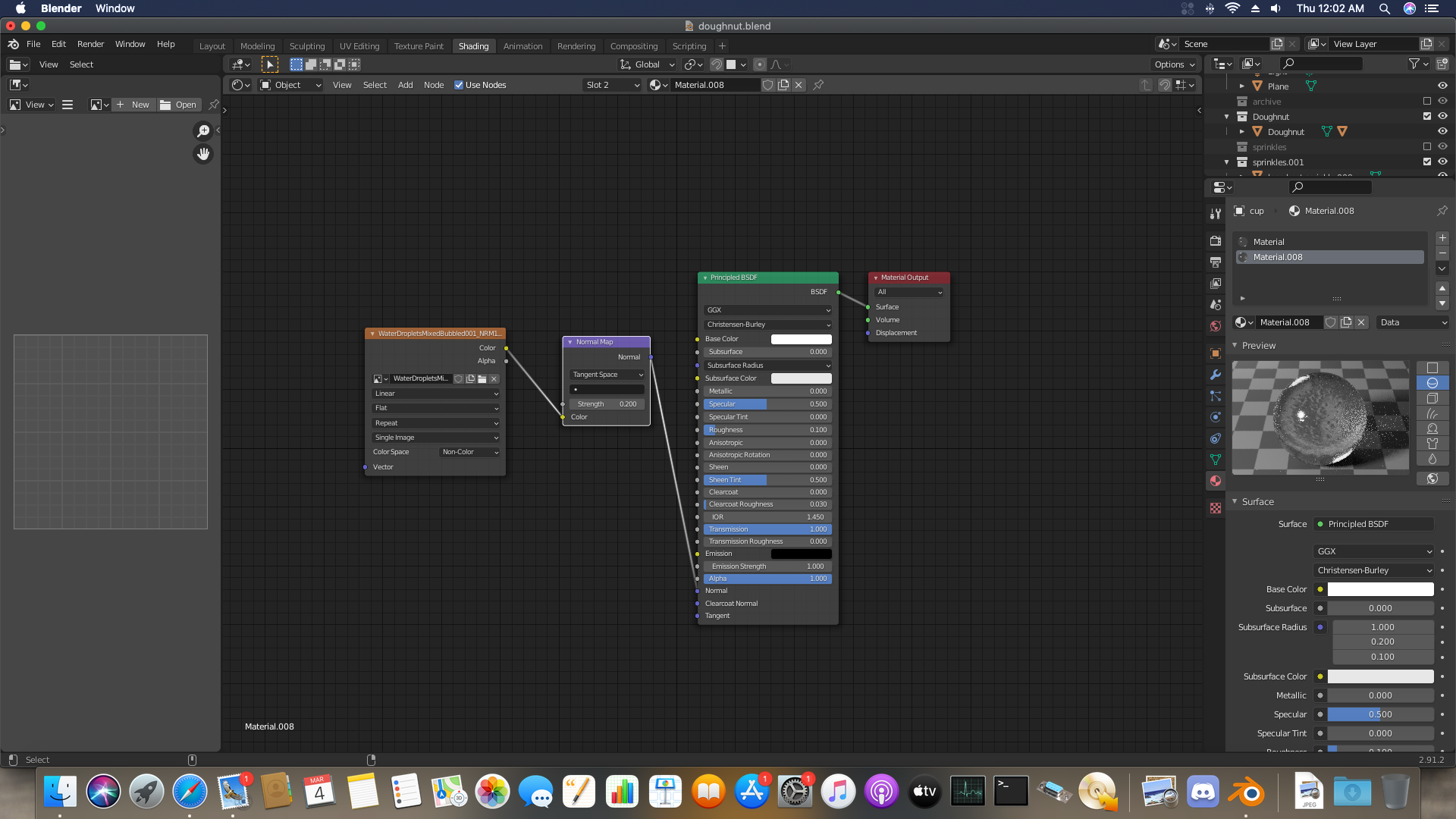 This is the compositing node setup to de-noise the cycles rendering engine's output: 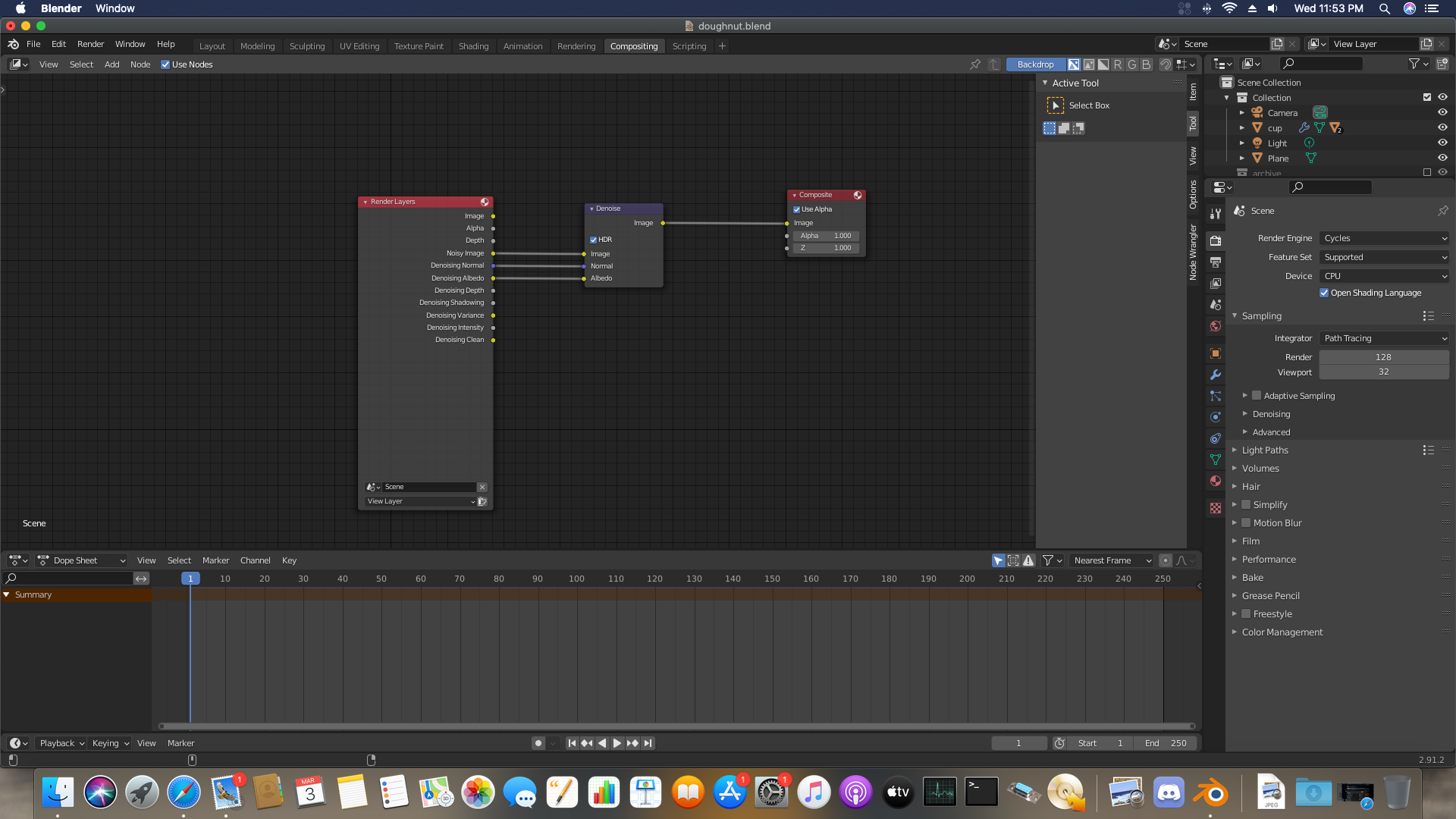