Make sure you call them drives- because they certainly are not disks anymore. Using NVMe M2 drives in your MacPro 5,1 can help speed it up considerably. And you can boot from NVMe drives with the latest EFI firmware which would have been installed if you upgraded to Mojave (also the last upgrade without hacks for the 5,1). I've purchased some PCIe carriers for M.2 drives and put them into my Mac. Somethings worked and some didn't. This post will take you thru what you can and can't do. 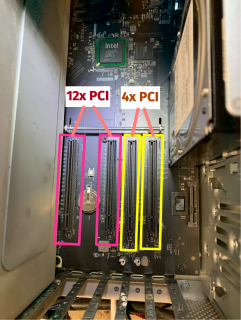 Bottom line is that with just two M.2 drives in the ASUS - the card is not recognized in either of the x12 slots (Slot 1 or 2). I tried both. Putting one drive in and it's fine. By not recognized I mean the firmware EFI is not recognizing it - it's totally absent from OSX's view of the hardware.

Of course the StarTech x4 drive is fine in any of the slots. The x4 Slot is only physically wired up for x4 lanes- the slot is large enough to handle bigger PCI cards but the connections are not there to the mainboard.

But here is what you can do: 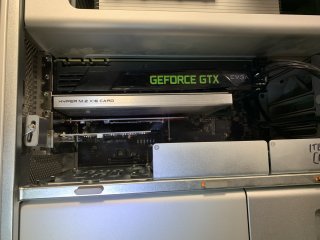 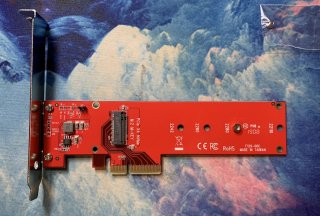 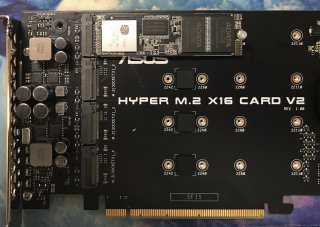 
I migrated my boot disk over from a EVO 850 1TB SSD to the Samsung EVO 970 M.2 and the results are amazing. The MacPro is much snappier and I can feel the speed bump doing most things- about the same as going from spinning to SSD disks. If your MacPro has an empty slot or two this is very worthwhile investment to keep this amazing system going thru 2020. 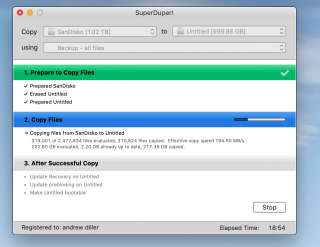 SuperDuper doing a great job migrating my Boot disk over to the M.2 drive.
Reactions: Elf

not sure that qualifies for the "vintage" category
Reactions: Elf

I've got one of the Lycom DT-120 carriers, works fine as well. Though in honesty I reverted back to standard SSD as a) most of my apps stay open with 48gigs of ram and I never power the machine down, b) boot time is irrelevant for me, c) my working files are all below 1GB, so 2-3secs max opening times and d) I couldn't be bothered to reload Innie every time a system update breaks the .ktext to stop the nvme drive being shown on the desktop as an external drive. <- This bothered me most!!

...however, if you're loading loads of small files or chunky large files the difference is massive. I will eventually go back to the nvme drive when I need to increase my internal backup capacity, maybe in a few months.
You must log in or register to reply here.
Share:
Facebook Twitter Reddit Link
Top Bottom