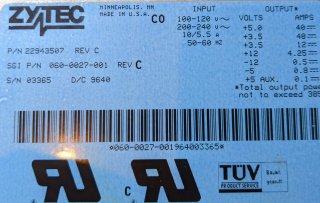 Description of fault:
Absolutely no output when power applied. Connecting 'run' pin 11 to 'standby 5v' pin 5 does not start the PSU. No output on pin 5 'standby 5v' at all.

Some things already done: Replaced most of the capacitors on both HV and LV sides, as suggested on Ian Maplesons guide. The only caps not replaced yet are the super-large two on the HV side and the 6800uf caps. I have also re-soldered most points on the boards that get hot, to make sure the solder is good. None of this helped.

I do not have an impact graphics terminator, it wasn't attached to my PSU like others, so I had to make one from scratch: 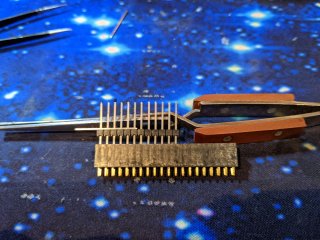 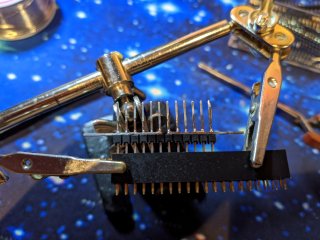 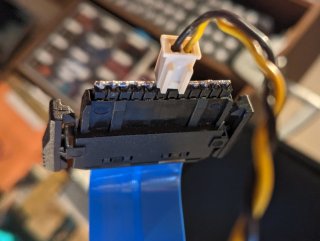 I measured which side was GND and plugged the sense cable in for black to GND yellow to 3.5v.

Another thing I was interested in was the initial AC filter. I tested the continuity and it all seemed fine. I opened it up and took a picture just for the record: 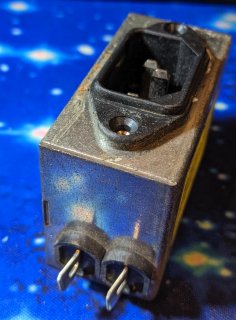 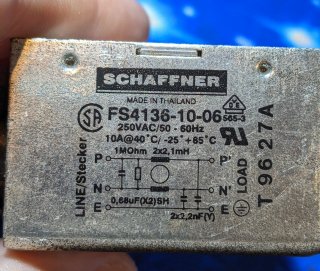 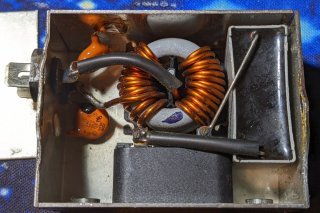 These are the measure points, I put arrows on the PCB where the connector points are: 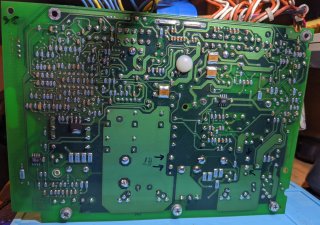 Here is a photo of the HV side: 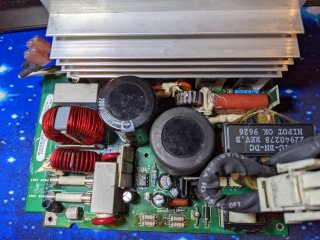 Here is a photo of the LV side: 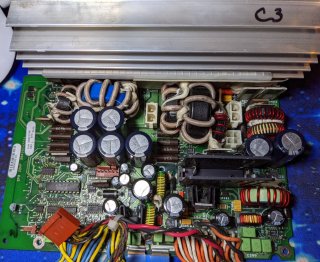 Photos of my load setup: 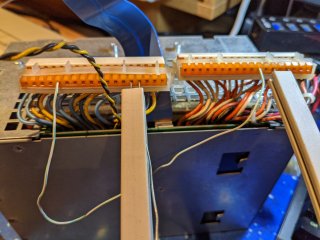 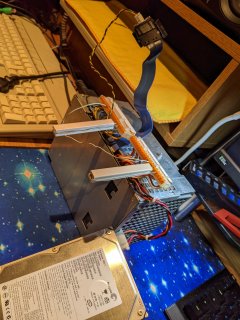 Photo of the PCB dismantled for taking the measurements: 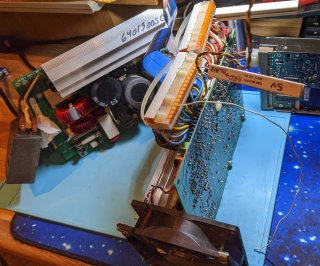 Of course I have checked the fuses, and just for the record here are some resistors on the HV side that get hot (and show by the PCB discoloration: 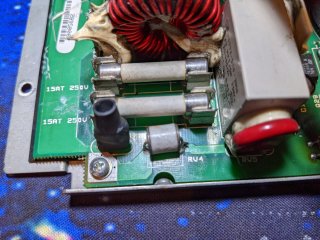 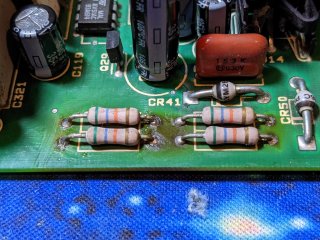 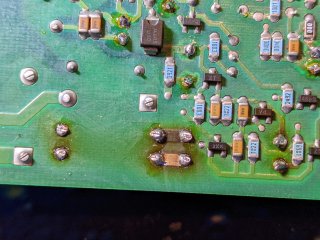 Result of testing so far:

Absolutely nothing on the output of the HV>LV connectors. But I did notice those resistors are getting hot on the HV side still.
Reactions: Elf

Any suggestions on my next steps appreciated. I assume the problem must be on the HV side after these tests? Thanks.
ps - Cheers for all your details about these psu's on the forum @Elf

No problem! The discoloration does seem slightly abnormal at least from the ones I have taken apart, and as far as I can recall. Unfortunately I don't have too much concrete advice to offer in terms of how to fix these, but it may help to start looking at the supply and drawing out a topology from it, which would aid in troubleshooting and seeing what piece might be malfunctioning.

Well, I have a thermal imager, so I cheat. Normally I used a 300W current limiting light bulb setup for draw indication. Usually you either have a non-starting, constantly restarting (pulsing bulb), or a start followed by a protection mechanism engaging.

I use a thermal imager to stare (briefly) at the PSU PCBs while powered, shows shorted Diodes and FETs very well. If it's a resistor issue, that's very different. If you want to troubleshoot a resistor issue, desolder one-end of each resistor and recheck its value against markings, replace if out of spec.

I do not normally testing PSUs powered (I have a lot of power-off testing gear), but assuming you have a current limiting setup made from a light bulb with enough wattage to allow normal startup, it's great way of doing a cheap voltage injection-style hunting.
Reactions: Elf