My logic board is not separated, you talk about a not impact Indigo2 psu? …the impact have only two boards

I already do this test, two psu are on my desk and I not see a big ohm difference on the circuit. Then some comparison is difficult by the capacitors charge and discharge. The other difficult is the multilayer pcb, the middle layer is not visible without remove components. If you want pictures or video, only ask

Right, it’s a separate (3 PCB system) for non-impact (Teal) Indigo2 PSUs (I forgot you were dealing with Impact due to you terminating your graphics power rail throughout this post), doesn’t really matter. You don’t need to separate boards (as long as you start your measurements from same state on both examples. You understood my point.

I doubt you’ve done what you claimed. You must have an impedance difference to have a circuit difference (or a shorted component, that also must have a difference in circuit impedance) between two circuits. If you’ve done a measurement at every junction (pad) and both samples were the same/similar, then both would operate the same.

No, you did a few measurements and called it quits. I’m talking about starting at resistors first. But ultimately performing a measurement at every pad, every component, until you find that comparative difference.

You don’t start randomly, you know you have a resistance issue, so you start there. If you don’t find any difference to ALL resistors between both boards, you move on to another component class (diodes, coils, etc) until you find it. After that you could move onto a different multimeter test at the previously test locations.

you’ve only taken a few large measurements (that you’ve indicated). Start at a single component type and go further.

You asked for advice on how to proceed but you won’t do the basic component checks and you’re trying to systematically troubleshoot. That would be great if you had a systematic understanding of the entire circuit, you don’t. No one has come forward to claim they do.

So you’ve spent countless hours on this and posting to the board after many days asking for a systematic answer.

We cannot give you one at this time. Since you seem stuck the advice is to change your approach from systematic to component-level (in-place). At this level it doesn’t matter, yet, if you measure 7 components in circuit because they are in parallel or whatever. Even the sum of an area can be compared to the same area on another PCB of the same circuit revision.

Once you find a region that differs you then would need to start removing nearby components to test each and follow traces.

Your free to continue whatever technique you wish, but then posting the same question and same roadblock to this post will likely result in a dead end without a change in approach.

Now I try to remove more components as I can… for testing, but above all for understand the circuit. Your reasoning is not wrong, but teal pcb is multilayer? The impact is multilayer and is very difficult to know what circuit you test and where is. It's a real intricate labyrinth. But I not give up 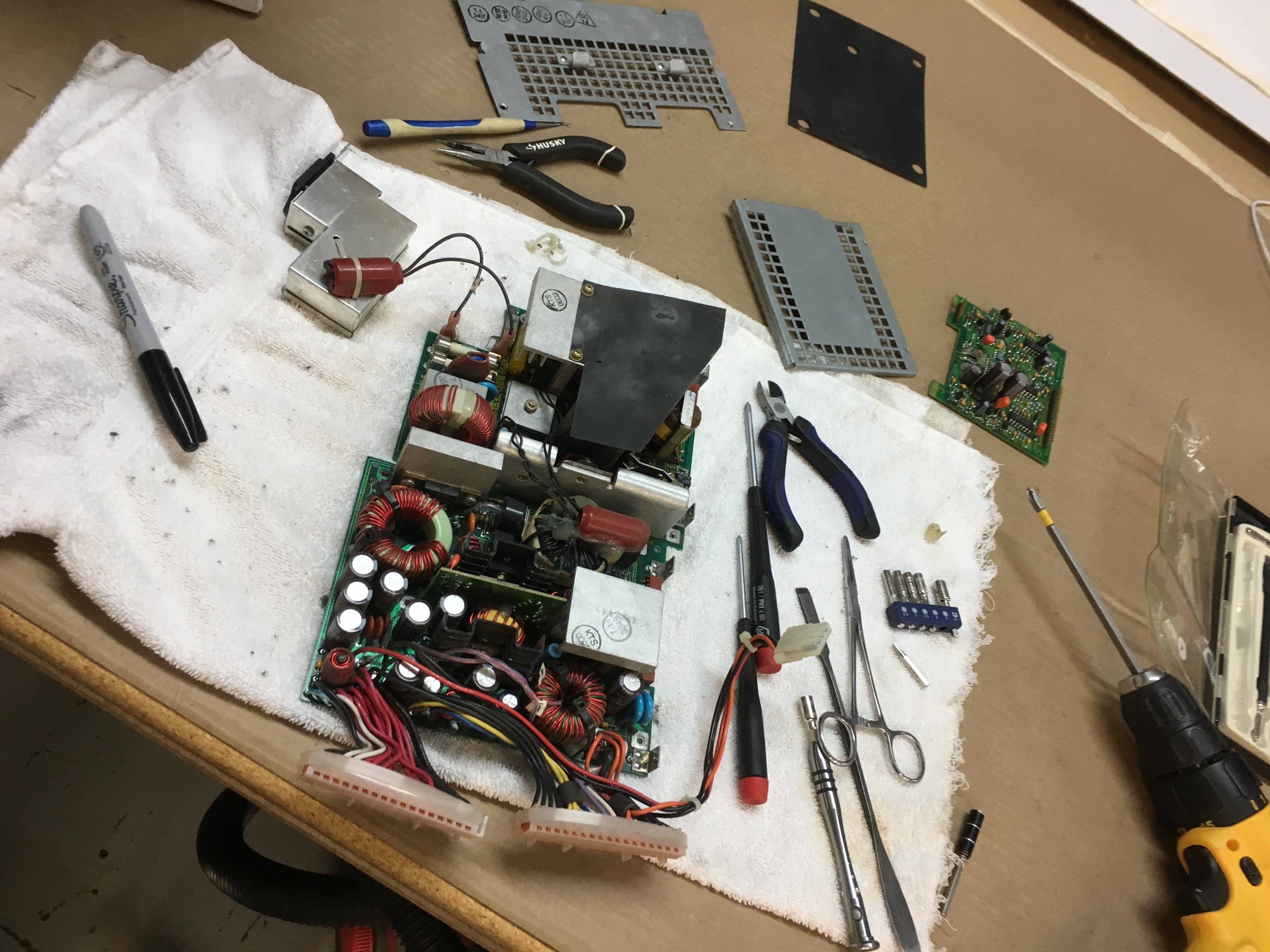 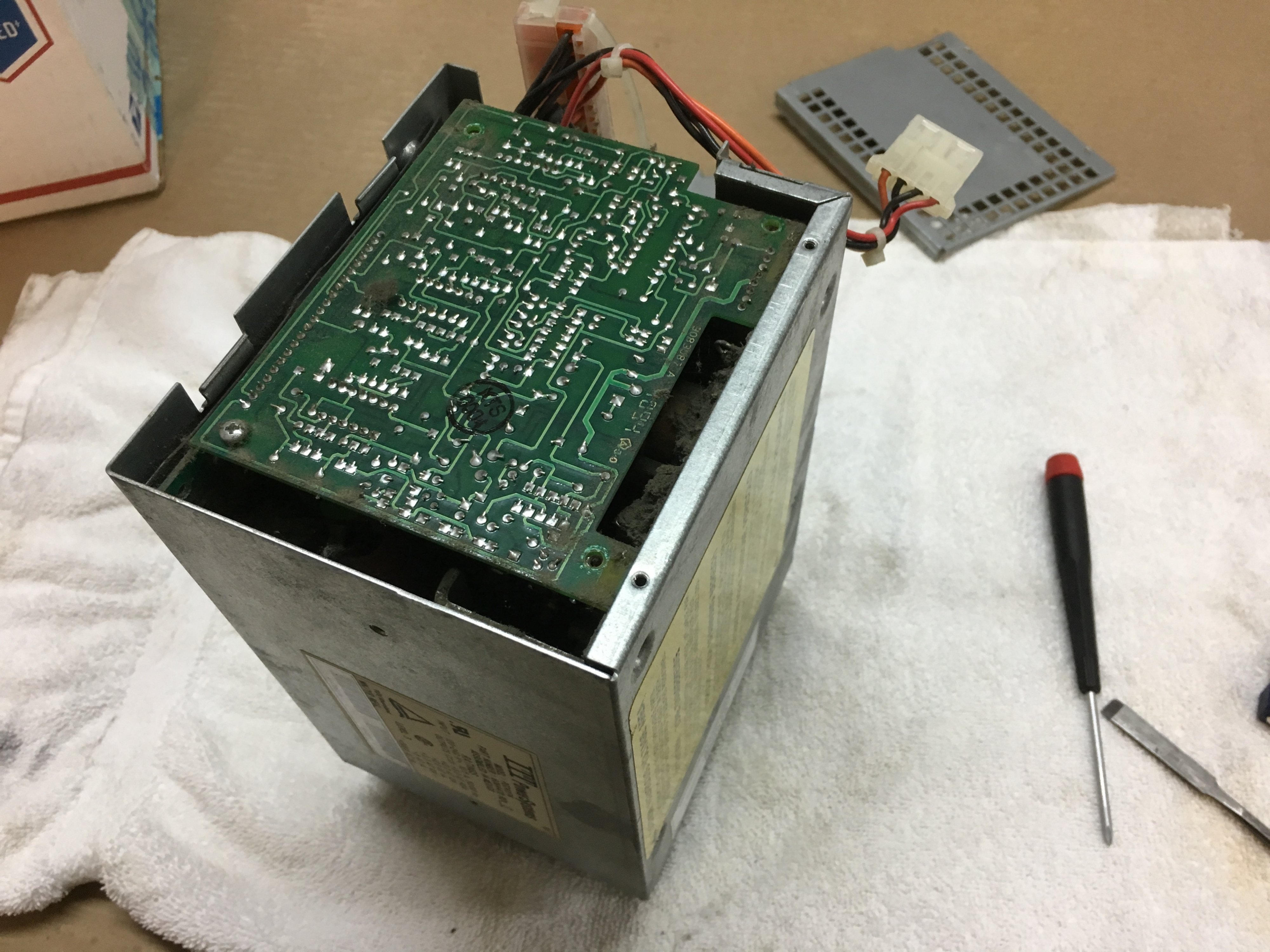 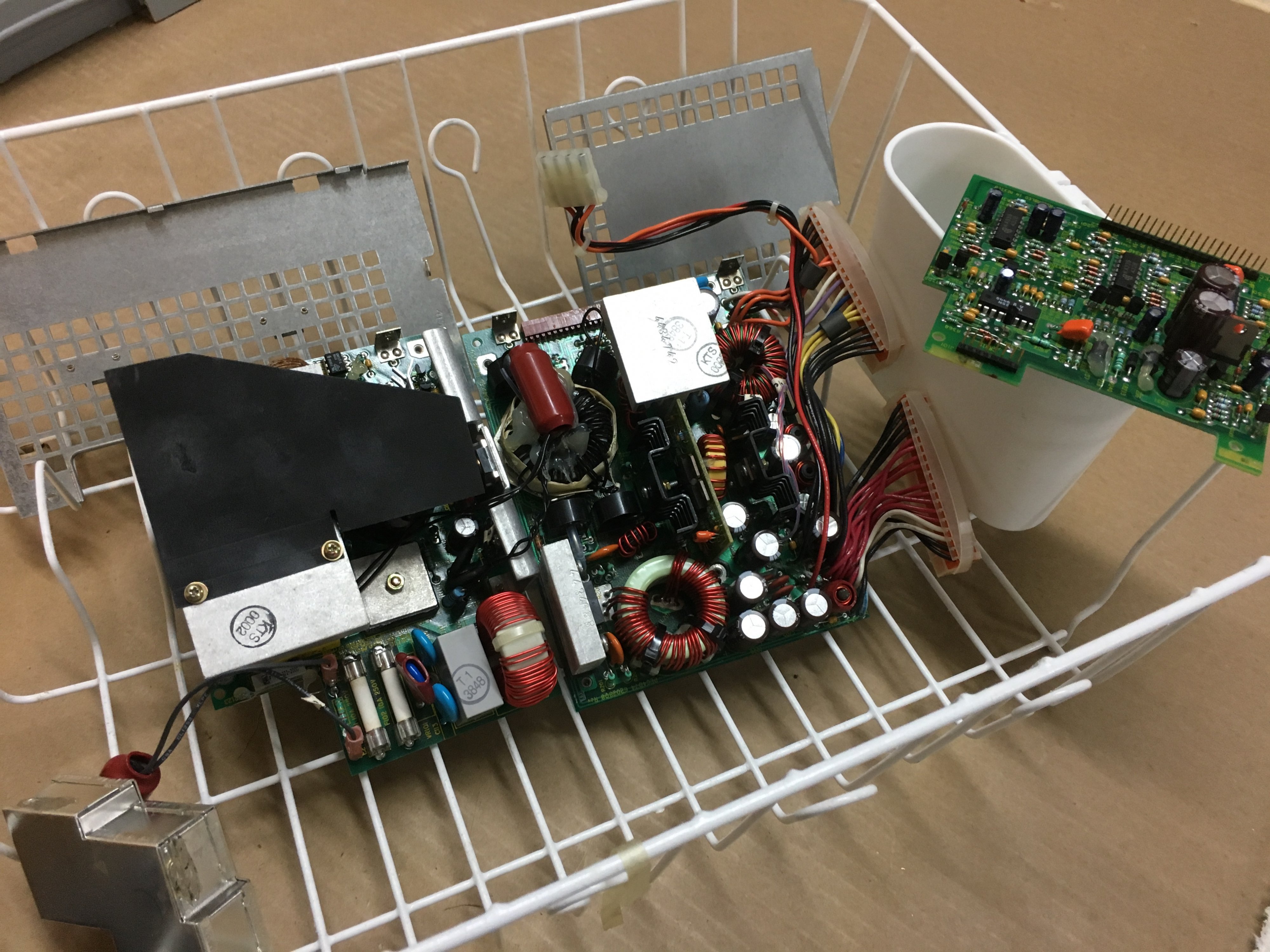 You have a newer IMPACT-READY Indigo2 PSU, which can of course run on Teal, Non-Impact using the terminator card termination. I get these confused as I've been inside MOST SGI workstation PSUs (Except Fuel, personal IRIS, & IRIS Indigo, I've not been inside those ones). All other workstation-style systems, I've been inside their PSUs. I have to remember these differences, unfortunately.

Your psu is a lot more simple to repair, all tracks are visible and clean. Impact psu is a nightmare… is same the Indigo2 motherboard, most of tracks are invisible, and have a large use of smd components.

I take some pictures with backlight (for me) and I want to share... some components are removed for see the track and for testing. I write some information on it

If is not useful for me, can be for others

P.s. the bridges on 5v/3,5v capacitors it's just for safety, the electrolytic have corroded the pads...

The hunt continues and maybe I have found the prey!

The component on the picture, seems to be a dual diode or pnp transistor... in the facts have 500mv on pin 1>2 and 3,5v on pin 2>3! Is not normal! Testing the resistance from pin 2-3 is very high, and slowly going down. Seems the culprit!

The answer is: what's is it? Dual diode? Pnp? Other?

Yes! Is pnp transistor! I have tested the working component on 8001. All this for this tiny and insignificant piece of silicon

Now in search for spare on my electronic cemetery

The pnp is surely damaged… but is not the only problem, with pnp of working 8001 the issue persists.

The good new is: I found a bad resistor on 3,5v of working psu. Is at the end of circuit and is 49,9 ohm. I measured 80ohm and is a possible cause for not start without graphic board.

We cannot answer if that is the cause, you'd have to repair it and find out, however, to be clear, you're asking if a resistor (marked as 49.9 Ohms) that measures as 80 Ohms *which is a ~60% error!* is acceptable. If the designers had wanted a 80 Ohm resistor, they would have installed one. So Yes, ANY part that is out of its stated tolerance is not what the designers originally intended to be installed in the circuit and sure be suspected or replaced.

This was my point before, by checking individual components you'll find out of tolerance passive parts. This leads to actually fixing things. PSUs work on oscillation and lots of those controls are resistance-based. Change in resistance (outside the stated tolerance) WILL affect the PSU, likely negatively.
Last edited: Jun 6, 2021
Reactions: Elf

The resistor out of tolerance is on 8001 (working psu) he only has the problem that he wants a load on 3,5v… is not a problem, and substitution of a 49r9 resistance have not changed the situation. But repeat, is not a problem, the psu work good

The problem remain the 8002… continue to not working (now 12v start at 2,5v and arrive at 7v). The pnp (DG) is damaged, but is not the problem (maybe I burned it by mistake) removing the pin 3 from HV/LV cable the psu start anyway. This psu is very unnerving! I not able to found the true damage. I have learned some new information for this psu and can be useful in the future, but now is the time to archive this and eventually use it for spares.
Reactions: Elf

I definitely understand not wanting to sink further time into it. Even with a lot of tools it would take some time to find faults in these units, which is pretty much why I stopped at characterizing the inputs and outputs of the supplies.
You must log in or register to reply here.
Share:
Facebook Twitter Reddit Link
Top Bottom