The first thing that people often come across when using older SGIs is the 13W3 video output. The one and only solution I recommend to this is the famous "DIP switch" cable that adapts from 13W3 to a standard HD-15 VGA connector. This cable is in current production by cablesonline.net, and can be found on eBay here (for $20): 6 ft. 13W3 Male to SVGA (HD15) Male Universal Cable w/ 12 Dip Switches - W3-606. Note that via the DIP switches it supports configurations for SGI, Sun, and IBM (and presumably others), so if you own other old UNIX workstations with 13W3 outputs this will be a very flexible cable for you. 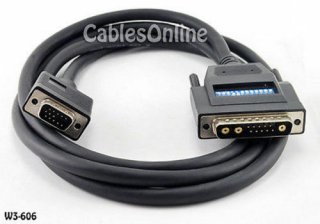 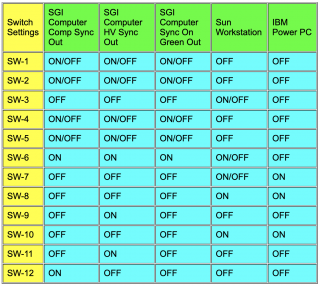 ​
The cable itself appears to connect through different pins based on the DIP switch setting, and has some ability to route sync around to use either composite, H/V, or Sync-on-Green (SoG) outputs. It is not clear to me whether there are any active electronics in the cable and whether it is performing full SoG conversion or simply duplicating signals to other pins to get a SoG capable monitor to do its thing.

Although the easiest thing to do from here is simply to use a SoG capable monitor (with DIP switches set as per the SGI H/V sync out column), people will occasionally run into (or simply already have) monitors that they like that do not handle Sync on Green properly. I have come across something that seems to be a decent solution to this as well.

"Sync stripping" equipment can be used to separate the sync signal from a Sync on Green output and also remove it completely from the green channel. Sync stripping devices can range from small and cheap to large and professional. I've been playing around with the Software Integrators 7053 Sync Separator. Some of these can currently be found for fairly cheap (less than $20) on eBay, so if you want one, snap one up while you still can!

I have paired up this device with the 13W3 cable (with DIP switches set to SoG output) and it does appear to output proper H/V sync with no more SoG signal, as advertised. 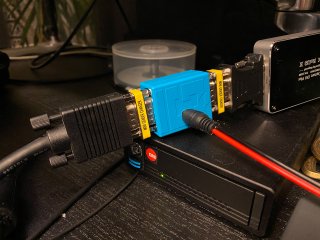 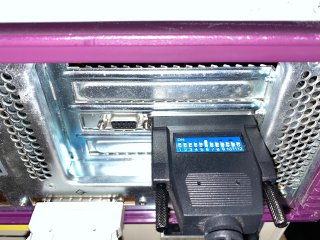 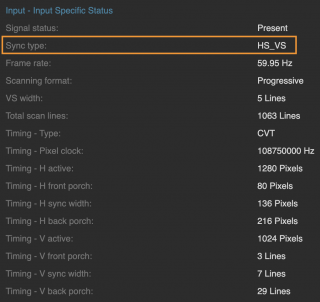 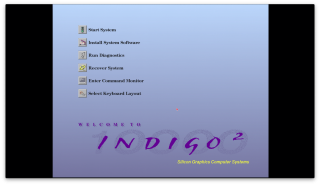 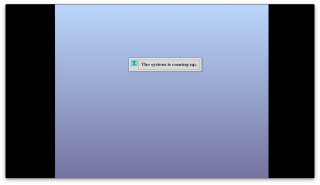 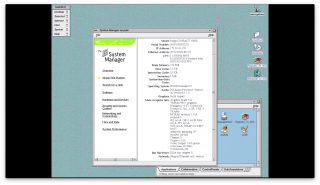 Awesome! I've been thinking about trying this for a while in order to be able to screen capture SGI machines much more cheaply as well.

This should work with most modern monitors (most of which are SOG compatible).

I got this exact cable working plug n' play with my SOG compatible SHARP LCD monitor on my octane. However I was in a bind when I recently received two Indys in the mail in my covid-safe shack in the woods. I had brought my cable with me, as I was expecting them to arrive. After reading thru SGIs docs and man pages, I figured out that you can get composite or H/V sync to work with the Indy (and probably all SGIs) this way:

1. Set the DIP switch setting on the cable to H/V sync (second column)
2. Connect crappy PC monitor like usual. It's hip to be square but rad to be wide!
3. Oh look it works, but my screen is weird, and the monitor is reporting the wrong resolution! Why does the monitor think this is 1024x800? *scratch head*
4. man setmon. Eureka! Pay special attention to all the exceptions and weird idiosyncracies of all the different gfx boards
5. cd /usr/gfx/;./gfxinfo to get current resolution and settings
6. setmon -w <format>
7. disconnect any external serial console cable used for debugging. My Indy had PROM v. 6 and I found a bug where unless you disconnect this, the graphics are so wacky and weird
8. reboot
9. enjoy awesome graphics with H/V sync

I just picked up one of these cables and the results were odd. Background here, which I won't fully repeat in this thread.

At least on MGRAS cards, I am having a lot of odd issues with higher resolutions on modern LCD displays.

In particular, when trying to troubleshoot a 1600x1024 format (intended for use in someone else's MLA setup), I had the following problems:

I did all of this testing with one of the fancy dip-switch cables, and found that none of the settings (all, H/V synv, SOG) substantially changed how either monitor handled any signal.

I did not mess around with the setmon settings, as it appears there are few usable options with MGRAS cards (primarily an option to output sync on any/all colors besides green).

It appears that there is a lot of (1) black magic in the SGI side that determines how images are rendered and (2) variability among modern digital displays that dominate the user experience.
Reactions: Elf

Callahan, i would agree. During boot, my Indy puts out 1024x768, but my monitor falsely thinks it's 1024x800 and leaves a black bar at the bottom. I really can't understand why that's happening, but it might be something to do with the monitor. Clearly, higher end monitors seem to handle SGI output better... I want to do more testing and maybe even try some PROM upgrades on this thing to see if it helps.
Reactions: callahan