I was previously using an IKEA Lakk-rack sort of arrangement for my servers and decided it was time to arrange something properly.

This project is going to take a few days (maybe weeks) and requires a few parts I haven’t got yet, but I’ll share some pics of it progressing and let you all share in the fun 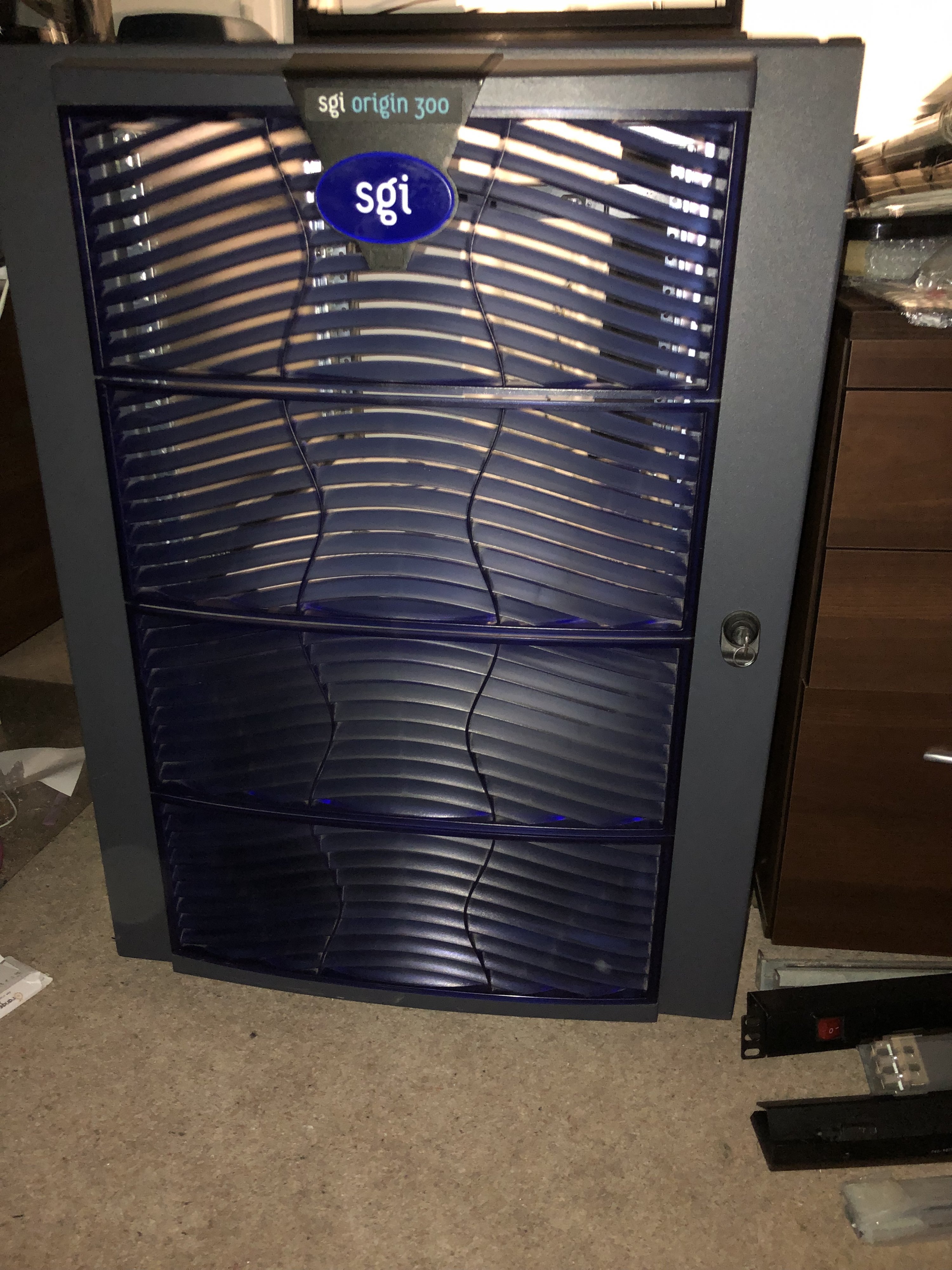 In this stage you can see I’ve already cleared a space and added a carpet protector. I’ve brought the panels up and ensured I’ve got room, moved aside my o2, UPS (replacement coming) and stash of Nerf ammo.. as well as replacing the UPS I have a ZyXEL managed switch, which will function as the core/distribution layer device (collapsed core) and work in conjunction withan access switch which will be installed in the top of the rack..

One problem I faced early on was that this rack did not unbolt and flat pack like an o2000 rack, most pieces were riveted (the Allen key was of no use here!) However I removed the PDU and cable harnesses and taped the rails in place to facilitate lifting it up two flights of stairs.

it also turns out that sticky out bits and sharp corners love walls. The conversation will probably go like this:

I don’t know…
Oh that? That was already there…
I was thinking it was time to redecorate anyway…
So tell me again about this new kitchen you were looking at, my love?

Finally! It reached the office. Assemble the panels, and gather some accessories. Get my lovely assistant to do some load testing. (Dog for scale)

Great upgrade from the Lack Rack, and I'm glad it went to a good home
Reactions: nevyn

My primary server is a HP Proliant gen8 which has 96GB ram and is used for terraform/kubernetes and suchlike, to support my main work. (It superseded four 2u SGI Rackable servers which were giving me some grief)

I had intended for it to go on the main 2u shelf, but it was 1-2cm too long, and fouled on the retaining bolts at the rear.

I also have a full length Sun Cobalt XTR which needed to go in a rack.. if it weren’t for either of these, I could have maybe used a smaller rack, as everything else is SFF

The rails and screws didn’t line up, so I’ll have to have a rethink and jiggle things around, because the front door cannot close properly with the HP protruding out

Yes! My UPS arrived… maybe I can sneak a couple of items into the rack over lunchtime

Wow, those blue Cobalt machines sure bring back memories

More machines to add to the mix…

Thats a lot of cobalt, nice. My qube 2 has been compiling gcc 10 for about a week now
Reactions: nevyn

That's an absolutely sick rack! I love the short form factor. So glad you made great use of it. Do you have any extra depth behind the HP G8? if so, you might be able to bend some steel brackets or source some "C" shape brackets that you would mount behind the front rails, thus depth mounting your G8. Should be easy enough to bend together in a vise or have someone make it up for you? You can't be the first person with this problem.

My vintage Sun 42U rack is lacking a door, which is why I get away with this on my G5P HP

mkirby said:
Thats a lot of cobalt, nice. My qube 2 has been compiling gcc 10 for about a week now
Click to expand...

Are you running the stock OS, or something custom such as Debian?

nevyn said:
Are you running the stock OS, or something custom such as Debian?
Click to expand...

Taking shape… although my simple crossover cable that works with the cobalts is inadequate for use with the Altix. Replacements have arrived though, and some other parts are on their way. Could use an AMD K6-3 450MHz cpu for the RaQ 4, for now the only way I can get it running is to steal whatever CPU was in the Axent Velociraptor (which seems to identify as a RaQ 4 during restore, but I’ve plans to get that sorted)

Well, the spare parts I needed have arrived, including the new hardware null modem cable, so let’s upgrade the base compute module with the IO9 and see what the L1 controller can tell us.. maybe we can even fire it up fully …

(And Yes - I’m using Haiku on my “serial console” computer, because why not?)